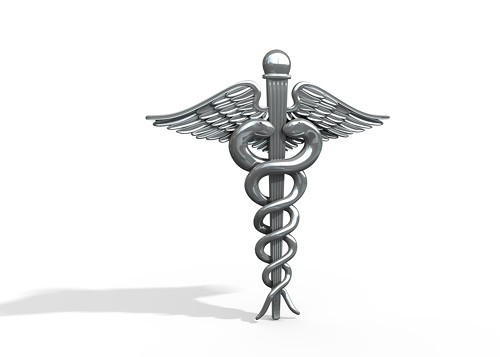 At 2:04am last night, I had just watched “Mother Jones’” astounding video of Mitt Romney at Marc Leder’s home and I couldn’t sleep. This is surprising because I have a two-month-old and can usually pass out on command whenever the opportunity presents itself. But after listening to the GOP candidate lampoon that “47 percent” of Americans who believe they are “entitled to health care, to food, to housing,” the people who allegedly should “take personal responsibility and care for their lives,” I lay under our hand-me-down comforter shaking while I held my sleeping daughter.

When I finally got out of bed, went into the living room and flipped on the light, I thought I was righteously incensed. I thought I was peeved because of things like food-and-transportation deserts, skewed access to education and health care, affordable housing-based discrimination and the million other infrastructure disparities that Mitt apparently can’t see—or chooses not to see—from his Saruman’s tower. But then I sat down at my laptop and realized my anger was much more less noble and much more personal. In fact, it sucks. The reason this particular piece of victim-shaming makes me uncomfortable is that I subconsciously bought into it, and it nearly cost me $150,000.

Almost a year ago, I unexpectedly found out that I was pregnant. I had just quit a job with health insurance for my current part-time position, which I love, but which is 30 hours a week and does not offer benefits. After making the Esurance rounds and a dozen phone calls and realizing that, no, pre-existing conditions are not a myth, my husband and I discussed Medi-Cal.

We didn’t want to apply—and we almost didn’t. We had the best intentions, or at least we thought we did. We both work. We have two cars, even if they are both older than people who can reproduce. After visiting the county office and waiting in line with pregnant teens and a guy talking to his own toes, we felt like we didn’t have any right to use the state’s scant resources, when so many other people obviously needed dollars from this dwindling money pool more. Our line of reasoning was also, of course, a naïve and sort of pompous way of setting ourselves apart, but we didn’t see that at the time.

We decided to have our baby at a birth center, largely because it cost roughly a fourth of the hospital’s out-of-pocket estimate. Still, we didn’t want to apply for Medi-Cal. We knew that we could be transferred during labor, but I’m 26 and healthy, and our growing baby seemed to be doing fine. We would take care of our own expenses, we reasoned, because although the “entitlements” Romney talks about were probably necessary for plenty of people in plenty of circumstances, we were responsible Americans, dammit, and we would foot our own bills.

When my water broke, yellow and thick with meconium, and I had to be transferred from the Birth Center to Memorial, I was glad my mom had insisted we apply. When my beautiful, fat baby burst into the world covered in the greenish tar; when she started wheezing and choking and had to be whisked off to the NICU; when she developed pneumonia on her first day in this world and had to be hooked up to oxygen; when it was the only thing giving her tiny, heaving chest any relief, I was glad we had applied. When we got the bill for her ten-day stay and it was enough to keep us from ever paying off our student loans or buying a house or sending our daughter to college, I was glad we had applied.

Angry and jotting down incoherent notes about how this whole experience did NOT make us entitled victims despite the words of this presidential candidate last night, I realized, sadly, that on some level I still believe it does. Every time I pull out my little Edith’s Medi-Cal card and read the numbers aloud, I feel guilty. Even though I know this experience was purely circumstantial, that we work very hard and pay state taxes and just happened to fall through the lower-middle gap, I still feel like it was my fault, like we’re no longer worthy of the title “responsible.” Probably not unlike the millions of others in our situation, I’ve internalized the myth that Romney laid out in chilling language while seeking donations from a private-equity manager in Boca Raton last May.

But then I look at my 12-pound daughter breathing easily and the guilt melts away.