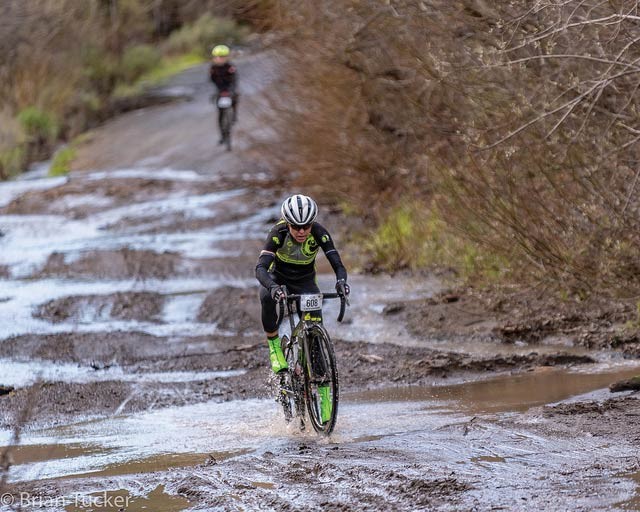 The bike industry had a down year in 2018. According to a January report in Bicycle Retailer and Industry News, road bike sales fell 8 percent. Sales were also down in other categories. One of the few bright spots was gravel bikes, a newly popular category that is boosting the industry. Sales of gravel bikes reached $28.9 million in the first quarter of 2018, up from $10.1 million in the same period of 2017, according to Bicycle Retailer.

All of which has San Rafael bike shop owner Lee Dumler scratching his head.

Dumler, whose shop sits in the shadow of Mt. Tamalpais, mountain biking’s birthplace, says gravel bikes look a lot like the old school mountain bikes that first descended Mt. Tam trails—hand brakes, no suspension and drop bars—bikes that he collects and still rides. If you look at those first mountain bikes and new-school gravel bikes, he says, they are both designed to do the same thing.

It’s a bit of a puzzle what took the industry to long to fill this niche, he says, but gravel bikes constitute more than half of Dumler’s sales, most of the them custom-assembled rigs. He thinks many riders realize they don’t need high-priced, carbon fiber racing bikes for weekend rides. A gravel bike, while made to perform on its namesake terrain, works perfectly well on smooth roads as well. It’s the ultimate multi-tool. And with the North Bay’s mix of roads, fire trails and single track, the region has plenty to offer the gravel biker.

Dumler leads Wednesday evening rides from his shop. One of his favorites is up to Phoenix Lake and Eldridge Ridge. He also loves the mixed, bayside terrain that branches out from the old Hamilton Air Force base in Novato.

San Anselmo frame builder Matt Potts, owner of MVP Cycles, has been riding Mt. Tamalpais for 35 years and he’s noticed a change in the kind of bikes he sees.

He figures more road cyclists who are weary of traffic- clogged roads are jumping on gravel bikes. As a Mt. Tamalpais veteran, he too sees the similarities between the mountain bikes of old and gravel bikes. “It’s pretty much going full circle.”

The bikes have their roots in the Midwest, where mile after mile of unpaved roads offer cyclists a virtually car-free haven. The Midwest is also home to what is arguably the most infamous gravel race—the Dirty Kanza. Held in the Flint Hills of Kansas in June, it’s called “the world’s premier gravel grinder.”

Petaluma pro gravel rider Yuri Hauswald, 48, knows something about the race. After riding it for the first time in 2013, he won the 200-mile event in 2015. Last year he took second place in the grueling DKXL—a 350-mile version of the race which he completed in 25 hours and 51 minutes.

In addition to the challenging conditions of the rides, Hauswald was drawn to the welcoming “gravel family” of riders. “It brings together roadies and mountain bikers,” he says. “It’s a cool crossroads.”

In spite of the similarities between first-generation mountain bikes and gravel bikes, there’s nothing old school about Hauswald’s rig. One of his sponsors is Niner Bikes; he’ll be debuting their full-suspension gravel bike at this year’s Dirty Kanza. Front and rear suspension are the domain of mountain bikes but are creeping into the gravel scene. Bike component company Shimano is also launching its GRX groupo, a gravel-specific drivetrain that Hauswald will also be riding.

“It’s cool to see the sport evolve,” he says. “Gravel is the hot segment right now.”

The North Bay offers a rich variety of terrain and ride options. Samuel Taylor Park and the Bolinas Trail are two gems in Marin County, he says. One of Hauswald’s favorites areas is out Chileno Valley Road toward Pt. Reyes and Tomales.

Like sandpaper, gravel comes in different grits that ranges from groomed to ribbed and rutted, Hauswald says. The North Bay’s rocky and storm-chewed roads fall on the extreme of the spectrum.

And that’s how Miguel Crawford likes it.

Crawford has arguably done more for gravel adventure riding on the West Coast than anyone. The Occidental resident is a Spanish teacher at Forestville’s El Molino High School and the founder of the infamous (and no-longer underground) Grasshopper Adventure Series, lung- busting rides that hop from road to gravel in western Sonoma County, Mendocino County and beyond. Founded 21 years ago, the rides grew out of Crawford’s taste for adventure and resistance to driving out of town to compete in staid road rides.

“Those weren’t capturing the feel of the event I wanted.” He wanted something more self-supported, more rugged.

“Why drive five hours to Fresno to do a road race when I live in Occidental?”

That desire to find rides in his own backyard led Crawford to look “at maps and connecting roads,” he says—roads like King Ridge, Old Cazadero and Sweetwater that strike fear and excitement into the hearts of those who know. Earlier this month was the annual King Ridge Dirt Supreme, an 80-mile ride that climbs more than 8,000 feet. The last of the series is a 75-miler on June 22 in Mendocino County’s Jackson State Forest.

The early Grasshopper rides attracted a who’s who of Northern California’s bike industry. Gravel bikes weren’t a thing back then, so the the riders tinkered on their own bikes. Now the word is out about the race series, and gravel bikes in general, and Crawford credits the Grasshopper Series for pushing the sport into the mainstream.

“I think we were formative.”

Pro and Olympic riders are regular competitors at Grasshopper events, but the emphasis is still on fun and achieving your personal best.

“[Gravel bikes] can pretty much do anything,” Crawford says. “It’s kind of the one bike that can do it all. It’s all about the exploration and the adventure.”