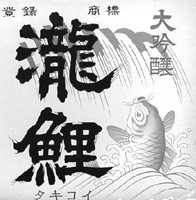 Heady stuff: A traditional drink for centuries, sake has been enormously refined in just the last 30 years.

Many moons ago, I sat down to a Sunday afternoon sake tasting at the Ume Japanese Bistro in Windsor. The two things I remember most about that day are that (1) I’ve never been so plowed in broad daylight and (2) how shocked I was at the drastic difference in taste between one type of sake and another. C’mon, it’s just rice!

Seio Shimada of World Sake Imports hosted the event. (He was also involved in the giant “Joy of Sake” tasting at the Moscone Center this last August). Shimada presented a history of sake and explained the preparation and brewing processes while leading us graciously through a sake and food pairing.

We tasted selections from the three basic categories of premium sake, which are classified by the amount of polishing or milling of the rice grain. There are about 65 varieties of sake rice, some more valued than others. Like grapes, different rice strains grow best in particular regions. Premium sake is brewed with special rice in which the starch component is concentrated at the center of the grain, with proteins, fats and amino acids toward the outside. The polishing removes these “impurities” from the outer layers of the sake rice, which can affect fermentation and flavor. This also leaves just the starchy core, which is what eventually ferments. The more polishing, the purer the starch, and subsequently the cleaner, more refined the flavor. The three main types of premium sake, in descending order of refinement, are daiginjo, ginjo and junmai.

Premium sakes make up only 20 percent of all sake, the other 80 percent being something akin to table wine with much added alcohol and sometimes even sugars; this is the sake you might find served hot. In fact, serving piping hot sake is a holdover from times when brewing was not as refined as it is today. Even 30 years ago, sake was far rougher, fuller and sweeter, a profile more suited to warming than sipping cold. Heating sake is still common practice for making lower-grade sakes more palatable. However, most good sake tastes best slightly chilled. Ginjo sakes with a floral or fruity flavor are best lightly chilled, while earthier junmai and honjozu sakes with more rice flavor are good either warm or cold, but should never be served hot.

The history of sake is unclear. One historian believes that leftover cooked rice was left out long enough to get moldy; people noticed that moldy rice tasted sweet and smelled alcoholic. At some point before the third century B.C., these observations led to a technique for producing alcohol.

The first sake widely made was called kuchikami no sake, or “chewing in the mouth sake,” because people would chew the rice, spit it into a tub and the enzymes from the saliva would begin the fermentation process. Shimada claimed that in the early days, the finest sakes were spawned by a virgin in a white kimono with a cheekful of rice and a spittoon.

Several centuries later, whole villages of folks chewing and spitting for the sake of sake became obsolete when the koji mold, which supplies the enzyme that converts the rice starch to sugar, was discovered. By the seventh century A.D., sake’s popularity warranted full-time brewers at the Imperial Palace, leading to further advances in technique. The 20th century brought great technological strides in brewing. The first sake tasting and competition was held in 1907; yeast strains specific to brewing were isolated, and the wooden barrels considered unhygienic were replaced with enamel-lined steel tanks.

The subtle flavors and aromas of premium sake complement so perfectly the delicate flavors of Japanese food, that it’s like they were made just for sushi. All the sakes that Shimada poured on that storied Sunday had a clean earthiness like the sweet smell after a rain or of a foggy morning–understated, clean and sweet–not so different from many things traditionally Japanese, the subtle beauty of which seems to call for a quieting of the mind and a honing of observations.

We started with the top of the line, a Daiginjo Hoyo Kura no Hana “Fair Maiden.” This one was fragrant and exceedingly light with just a hint of sweetness. It was paired with a super-fresh Fanny Bay oyster, which was also slightly sweet; neither eclipsed the other. This kind of sake works well served with shellfish or white fish sashimi.

Next came a Ginjo Dewazakura Dewasansan. This was fuller bodied and dried out the mouth somewhat; it tasted more alcoholic than the others and smelled incredibly of green apple but with the right acid balance to keep it from being too sweet. It was paired with a beautifully fresh sashimi plate. This sake goes well with rich, oily fish, like salmon, and with grilled fish.

Then a Junmai Masumi Okuden Kantsukuri “Mirror of Truth.” This one was stronger, edgier, more acidic and complex than the others. It was less sweet and tasted more of the earth, something like the Côtes du Rhône of sakes. It was paired with an intensely flavored soup-stew of tender beef braised with lotus root, snow peas and daikon.

A side-by-side tasting of two of the highest grade sakes was next, both paired with julienned squid tossed with citrus mayo and tobiko. The Daiginjo Masumi Yumedono comes from a 400-year-old brewery that exports only 800 bottles per year to the United States It had an intense fruity resonance that came on strong and then seemed to vanish just in time for a bite of squid. Shimada’s favorite, Daiginjo Akitabare Suirakuten, or “Heaven of Tipsy Delight,” had a much more subtle and fleeting flavor–almost like water. It was somewhat the opposite of the previous, with the flavor developing slowly in the mouth and lingering slightly, gentle and strong at the same time. This is one of the few aged sakes.

While we learned about the sakes, Shimada also instructed us on etiquette. Never pour your own sake and never let your friend’s cup go dry. It is a sign of disrespect to fill your cup when others are empty, or to allow your companion’s glass to go empty. If the cup is served in a larger saucer (or if the box cup is served on a small tray), it is customary to overfill your companion’s vessel as a sign of boundless friendship and generosity. Furthermore, contrary to popular fashion, I was surprised to learn that the wooden box cup, or masu, is a traditional serving vessel, but is not recommended, as the wood affects the aroma and flavor of the sake, especially the cedar boxes. Better are the little ceramic cups called ochoko.

For Your Own Sake

Japanese sake doesn’t have the same fruitiness or acidity as wine, nor the malty or hoppy flavor of beer, because it’s made from the pure starchy center of the rice grain (the shinpaku or “white heart”). Some say this makes sake the purest expression of the flavor of fermentation itself–surprisingly fruity and flowery, though no fruit or flower has touched it.

When purchasing sake from a shop, be sure to check the bottling date on the label. If the sake was brewed in Japan, note that this year (2006) is the year 18. So the date Nov. 8, 2006, would look like this: 18.11.8. Try to buy a sake bottled within the last year: the fresher, the better (except for koshu sakes, which are aged, and namazake or unpasteurized sake, which is a rich, fruity sake often served like a dessert wine. It is only released in springtime and should be consumed within six months of bottling). Look for purveyors who keep their sake refrigerated, as sake can spoil within days if kept at room temperature or exposed to sunlight. Never buy unrefrigerated namazake. Properly stored, it will last six months to a year. Once opened, sake should be consumed within one to two days.

If you want to have a try, see below for local restaurants with extensive sake menus. Kampai!