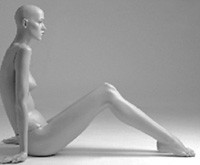 Too rich, too tall, too thin?: As breast cancer is not a single disease but rather a collection of them, discerning cause remains difficult. New research does pinpoint tall, wealthy urbanites as being at particular risk.

As the rate of breast cancer in Marin County continues to puzzle , researchers are thinking outside of the box–even if this means asking nonexperts to weigh in on the mystery. In the new Marin Women’s Study (MWS) on breast cancer, a collaborative team of epidemiologists and doctors are taking an unusual approach and using input from local women to help direct the study’s course of inquiry.

Over the past three years, the Marin County Department of Health and Human Services (MCDHHS), which coordinates the study, has run three different projects to gather information about what community members thought might be causing breast cancer.

Stealing a moment to speak by phone from a Berkeley conference on breast cancer and the environment, Kathleen Koblick, breast cancer research coordinator for the County of Marin, explains why involving local women was important. “We at the MCDHHS work for the community. We had to find out what the community thinks and how to include that in our work,” she says. At the same time, she cautions that not all community input can be included. “For the Marin Women’s Study, we have tried to include as much community concern as we could. We’ve taken the top concerns and have tried to match those with science, trying to find a promising road to go down.”

In other words, if 50 women thought that chocolate might cause breast cancer, but no scientific literature ever noted the link, then chocolate would be excluded from the study.

One community concern was environmental exposure to chemicals. Traditionally, the environmental-exposure issue has been the dark horse of breast cancer research. Although breast cancer activists have pushed for chemicals to be studied over the last decade or so, scientists have not found much evidence tying breast cancer to environmental agents. But studying chemical exposures is particularly complicated for several reasons. Tackling the sheer number of chemicals in our environment is like opening a can of worms. Plus, they’re hard to study; some chemicals only stay in our bodies for short amounts of time before being excreted.

Finally, depending on an individual’s genetic makeup, some chemicals likely affect people differently. Nevertheless, as funding for prevention has increased, doctors and researchers are no longer writing off the issue of environmental exposures. On the other hand, many doctors feel that no one thing is responsible for breast cancer; it’s likely that many different factors combine to put individuals at risk.

Funded in part by the Centers for Disease Control and Prevention, the MWS will track incidence of breast cancer in some 20,000 participating women over the course of several years, and is the first in Marin County to supplement questionnaires with biospecimens of blood and saliva. Although the MWS will be focused mostly on looking at traditional risk factors, the biospecimens will be collected into a data bank at the Buck Institute for Age Research that can be revisited in the future, as scientific advances improve the methods by which environmental exposures are studied.

Janice Barlow is the executive director of the nonprofit Zero Breast Cancer (formerly Marin Breast Cancer Watch), an advocacy group represented on the MWS steering committee. Speaking by phone from her San Rafael office, Barlow says she would have liked to see environmental exposures built into the study’s initial protocol. Nevertheless, she admits, “it’s very complicated to look at gene-environmental interaction. We’re just entering the stage where we need to figure out statistical ways to analyze these interactions.”

Many people still assume that the higher incidence is an illusion. Given the level of affluence in Marin, they think that women must simply have more medical screenings and hence a higher detection rate. But four separate studies have shown that Marin women have only negligibly more mammograms than do women in the rest of the country.

Since the 1970s, when epidemiologists realized that Marin County faced an elevated rate of breast cancer, many risk factors have been identified. The culprits include using hormone replacement therapies; having children later in life or never giving birth at all; drinking more than two drinks a day (if combined with hormone-replacement therapies, even 1.5 drinks per day doubles the risk); being a tall person; living in an urban area; and having a high socioeconomic status. But these and other known factors only account for 50 percent of breast cancer cases.

Dr. Francine Halberg, who is on the steering committee for MWS and is excited about how the study’s combined use of questionnaires and biospecimens, says, “I urge every woman to fill out the questionnaire. Participating means helping her friends, her family, her daughter, her mother.”

Women interested in participating in the study can fill out a questionnaire during their next mammography appointment at Marin General Hospital, Novato Community Hospital or Kaiser Permanente in San Rafael, Novato or Terra Linda.