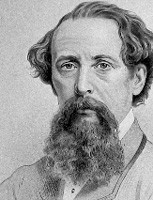 North Bay stage to cheer even the most stalwart Scrooge

What the Dickens! He who lived a portion ofhis life in debtor’s prison naturally devised timeless Christmas tales.

Unless you’re one of those annoying Frank Capra-type people who can actually look beyond the blaring din of piped-in Christmas carols, the aggravating rudeness of overworked store clerks, the heavily increased traffic of roadways and shopping malls, and somehow focus on things like love and family and togetherness and eggnog, you probably dread the coming of the winter holidays like the rest of us sensibly grouchy human beings who secretly wish that Santa Claus had never been born, that all snowmen everywhere would melt into carrot-seasoned puddles, that everyone who goes about with “Merry Christmas” on their lips could be boiled in their own pudding and buried with a stick of holly through their hearts . . .

All right, then. Are we in the mood for A Christmas Carol yet?

Some of us find that, when attending the annual pageant of Dickensian holiday inspiration that is A Christmas Carol, it enhances the fun to enter the theater identifying as strongly as possible with cranky old Ebenezer Scrooge, rather than to start right out with a heart brimming like Tiny Tim. This way, our expectations are almost always exceeded, and once the ghosts appear and Tim starts blessing everyone, and the sweet-and-gooey climax kicks into high cheery gear, we get to experience our hearts melting and our spirits rising right along with the Scroogester. Some have found that it’s helpful to start getting in the Ebenezer mood immediately after Halloween, and then practice our bah, humbugs on everybody at Thanksgiving dinner.

That said, it would be a waste of all that cranked-up ill will to end up missing the big show, so we’ve created a little reminder for you, with information about the local productions of A Christmas Carol (there are two of them this year), plus details on a few of the other charmingly entertaining, chock-full-of-goodness holiday shows occurring in the North Bay.

The longest running version of ‘A Christmas Carol’ is the one at the Sonoma County Repertory Theater in Sebastopol, where an especially tight adaptation, by Preston Lane and Jonathan Moscone, plays to packed houses every Christmas. Directed by Jennifer King and Scott Phillips, the Rep’s version of the show has become known for its high-energy Victorian dancing and party game scenes–and super-scary Ghost of Christmas Yet to Come. The show runs Nov. 24-Dec. 23. 104 N. Main St., Sebastopol. Call 707.823.0177 or visit www.the-rep.com.

A very different version of ‘A Christmas Carol’ makes its debut in the North Bay at the capable hands of the Roustabout Theater company, whose “apprentice” version of Little Shop of Horrors was an unexpectedly enormous draw last spring. The new version is something along the lines of word-by-word theater, in that the script and the dialogue is taken verbatim from Dickens’ novel, read and acted out by a shape-shifting cast of talented teens and youngsters. The program, which runs Dec. 8-17, will be staged at the Luther Burbank Art & Garden Center, 2050 Yulupa Ave., Santa Rosa. Call 707.527.0983 or check www.roustabout-theater.org.

As beloved as Dickens, yet lacking in ghosts, graves and the chains of hell, is Charles M. Schulz’s ‘Charlie Brown Christmas.’ In its annual animated television form, Charlie has become as integral a part of the season as candy canes and hyped-up toddlers on Christmas Eve. Before his death, Schulz collaborated with local director Mollie Boice on a stage version of the celebrated short. The world premiere will finally take place this Christmas, with Boice directing a seasoned team of actors from the Sonoma County Rep’s energetic Theater for Young Audiences troupe. Charlie Brown will save that famous Christmas tree twice a day on Saturdays, Nov. 18-Dec. 30.

Finally, for a bit of holiday weirdness, the place to be in recent years has been out by the Russian River, where the marvelously eccentric Pegasus Theater holds an annual variety ‘Hollyday’ show extravaganza. This year, it features elves and reindeer gang-fighting to music from West Side Story, Santa going head-to-head with the Dalai Lama (make that the “Jolly Lama”), with lots of lively choir music, quirky political satire, cute little children and singing-and-dancing Hanukkah candles. Written by Andrea van Dyke and Steven Fowler, the popular show gets five performances only, Dec. 9-17. 20347 Hwy. 116, Monte Rio. Call 707.522.9043 or visit www.pegasustheater.com.

Till then, practice that humbug. You’ll be thankful you did.