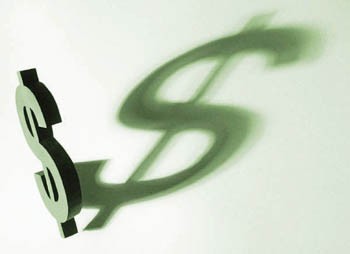 The wisdom of the revolving four-door

Ever calculate the cost of your day? Like today, I woke up in an apartment that costs me $18 a night, turned on the stove and squandered 5 cents worth of gas, ate two pieces of bacon that cost 40 cents each, and turned on the computer, which costs .01 cent per hour to run. This borderline obsessive behavior came about because I’ve been thinking about car-ownership costs.

Just like every other reporter, I’d been looking for a new way to tell the expensive-gas story when I remembered car sharing. It’s a national trend that saves gas and public space, and that also makes you realize how expensive your car is. Let’s break it down. First, there’s insurance, $500 per year for me, which is about $1.50 per day, then fuel at about $3 to get where I’m going. Throw in a few dollars’ worth of quarters for the meter, and I’ve already spent over $5 in a day, which is a lot for me–and compared to most people, I’m a total scrounger.

Average folks pay $1,000 per year for insurance, spend $5 to $10 on gas, pay for parking in a public garage ($10) and make car payments to ride in a presentable vehicle and impress people ($10), which can total almost $35 per day, about half of which you spend even if you don’t actually drive the vehicle. Oh–I didn’t include parking you may have to pay for at home, car wash expenditures, and maintenance and repair costs.

As of this month, there are 14 different car-share firms with a combined membership of 62,000 people. From for-profit businesses like Seattle’s Flexcar, Zipcar in Massachusetts and Roaring Fork Vehicles in Colorado, to nonprofits like San Francisco City Carshare and PhillyCarShare in Philadelphia, these programs serve as models for the rest of the nation. They are better than rental cars in that the cars are sprinkled throughout urban areas, are reserved by phone or over the Internet, are charged by the hour and–sweet milk and honey!–include gas. What with fuel prices as high as they are, this is a major bonus.

Zipcar has the market on fun. It has gone so far as to name its cars–Jetta Jed, Matrix Morris, Ella Escape–and its website provides recommendations for such things as apple-picking adventures or the best routes to see fall color. The company charges $9 per hour or $70 per day to use the car, which includes insurance, parking and gas. Flexcar, Zipcar’s arch-rival, is more serious in tone but has bragging rights in that it was the first carshare program in the country.

The nonprofit S.F. Car Share has a lengthy list of goals for its organization, the first and foremost being the reduction of private car ownership. It seems to be working. S.F. Car Share member Patrick Barber used to own a car but now uses the car service about once a month for errands that he can’t perform on bicycle–big grocery trips, hauling feed for pets or airport pickups. He pays $4 an hour and 44 cents per mile, in addition to an $11 monthly fee. Each time he’s used the service, it ranged in cost from $40 to $100.

“People always balk at the costs,” Barber explained, “even though they willingly spend hundreds, sometimes thousands, per month to own a car. I don’t get it. But to be honest, I just don’t like cars. They are ungainly, large, expensive to keep and maintain, and they smell bad! I don’t like auto companies, gasoline companies or oil refineries, either, so it’s nice to not have to support them as much as I did as a car owner.”

Obviously, car sharing wouldn’t work for someone who, say, drives 40 miles to work, uses the car during the day or takes long car trips. Barber points out that using S.F. Car Share makes him plan his trips better, thus making them more efficient. “I often wish that I’d had the opportunity to use Carshare earlier on in life,” he says. “I think of all the lousy cars I owned because I couldn’t afford anything better, and how now I can use a brand-new, clean, efficient, well-maintained car whenever I want, for a lot less than I ever spent on the upkeep of my gas-guzzling junker.”