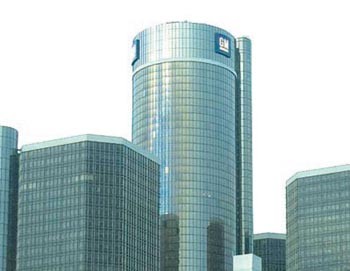 I‘m ready to put 2005 to sleep. Nothing does the trick like a bedtime story based on the last 365 days in the world of cars.

A giant monster that stalked the streets of North America, the gas guzzling SUV, is slowly disappearing. The wizards who created the beasts all live in a town called Detroit. Every year since the mid-’90s, they have cast spells that make the villagers believe in the power and prestige the SUV grants its owner. The wizards also promised safety, even though a council of experts found that SUVs were, in fact, quite dangerous.

The SUVs were also very hungry, and this year, food to feed the monsters was scarce. People stopped buying the SUVs, and experts predict that there will be fewer and fewer of them around. Probably their habitat will shrink around the coastal areas, with perhaps a refuge in the Midwest.

Because of this, one of the wizards is very sick. GM is on his deathbed. He thought when he created Saturn, everything would be OK, especially with a steady stable of SUVs to sell and sell. But GM is old and confused, and doesn’t realize the tribe of America wants change and different things, and cool cars, not the same crap year after year.

A group of elders, the NYSE, are very worried about GM, who will fall out of power shortly. There are several upstart wizards who are hip and savvy, and who can take over the position of power.

There’s a powerful force of darkness at work in the world. First came a storm that destroyed cities and a way of life. Though some villagers think the storm was natural; others point out that the storms are getting worse every year, and they blame it on a global warming. It’s a spell, these sages say, conjured by the powerful force called Big Oil. This group of magicians say they haven’t conjured up a spell, that it’s the common people, the Commuters, fault. But Big Oil fights against any regulation of global warming, and so the die is cast: these storms will continue to come year after year, more powerful every year.

The Big Oil magicians, though they can’t spend money retrofitting their refineries so that they are cleaner or stop making products that poison the ground, made the most money they’ve ever made this year. Between a war in the Middle East and the destruction of an oil-rich area–ironically, the same destroyed by the global-warming-induced storm–a spell called Supply and Demand made it so that one of the magicians, Exxon, made a $9 billion profit in three months. These wizards even had to go to Capitol Hill and defend themselves, but they didn’t have to swear in under oath, so they could lie as much as they wanted.

Another council, called the Kyoto Talks, was held in the land of Canada, to discuss problems like global warming. Unable to utilize tools like diplomacy or compromise, a representative for the United States, a nation that is the No. 1 producer of greenhouse gases, walked out of the meeting. This walk-out will ensue the disastrous cycle of powerful storms, and freak weather will continue. The ice caps continue to melt.

Since none of the powerful leaders will do anything, the power lies in the individual man, who is weak, but has options. A man known as a singer, Willie Nelson, has taken on a new campaign to help global warming a little bit. Starting this year, the red-haired stranger opened up a station in Texas to sell fuel made out of the oil of vegetables. He’s expanded into South Carolina and California. A group called Truckers now use this fuel.

Another set of rebels are fighting against the powers of the wizards and evil spells. A group called Plug in America has stopped the powerful wizards GM, Ford, Toyota from destroying a good beast, the EV, which is better for the environment. They’ve been fighting since 2003, but this year the group made progress and spared many of the EVs, which run on electricity, not gas. A movie about the movement, EV Confidential, will show at Sundance in January. Aha!–something to look forward to!