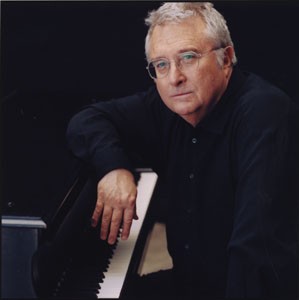 They’re Trying to Wash Us Away: Randy Newman’s work is a unifying factor in recent New Orleans benefit albums.

The days following Hurricane Katrina were marked by a murky stream of ever sadder reports of death, destruction and despair, reports that held a special poignancy for fans of Gulf Coast regional music. An entire region, steeped in jazz and blues and outsider culture, was wiped out with billions of dollars in damage. FEMA left the residents to fend for themselves, and the Speaker of the House of Representatives suggested that New Orleans might not be worth rebuilding, even as tens of thousands went homeless and scores missing.

So it’s especially satisfying to learn that he’s alive and well, having contributed two tracks to Our New Orleans 2005 (Nonesuch), one of three recent benefit albums helping to put that hard-hit region back on its funky feet.

A fundraiser for Habitat for Humanity, Our New Orleans is a remarkable homage to New Orleans (which Wynton Marsalis has called “America’s soul kitchen”) an area that is the wellspring of blues, R&B, funk, Cajun, zydeco and early rock ‘n’ roll. Toussaint turns in a pair of heart-stopping performances: “Yes We Can Can” and “Tipitina and Me” are classic songs that evoke everything that is unique and life-affirming about Louisiana regional music.

Sonically, these tracks are blessed with a remarkable presence that is nothing short of electrifying, no small feat given that this far-flung studio project employed 10 producers (including Ry Cooder and Hal Willner) and 11 engineers. The result is an intensely personal, lifelike recording that, track after track, puts the listener in the front row or, in the case of the Dirty Dozen Brass Band’s “My Feet Can’t Fail Me Now,” sounds as if the musicians are leading a second-line procession right through your living room.

Standout performances are turned in by Dr. John, Irma Thomas, Buckwheat Zydeco, Dr. Michael White, the Wild Magnolias, the Preservation Hall Jazz Band, Charlie Miller, Davell Crawford and others. Randy Newman closes the disc with his biting ode to racism and Southern flood politics, “Louisiana 1927,” a song that dominated the radio for days after the deluge. He is joined by the remnants of the Louisiana Philharmonic Orchestra, a symphony dispersed by the flooding but that now embodies the determined spirit of those hearty storm survivors.

Mayfield’s trumpet solo on the plaintive “Just a Closer Walk with Thee” resounds with the heartache felt by so many at that time. He dedicated the performance to his father, Irvin Mayfield Sr., then reported lost but confirmed just a few weeks ago as a victim of the storm.

There’s a real immediacy to these tracks, a rawness that echoes the sadness so many felt as images and news reports flashed the storm’s personal, social, political and cultural toll. That feeling is evident in Blanchard’s lament “Over There,” Jones’ wistful version of Randy Newman’s ballad “I Think It’s Going to Rain Today” and Wilson’s mournful “Come Sunday.”

Finally, Dr. John and the Lower 911 have released Sippiana Hericane (Blue Note), an ambitious and moving seven-track concept album that asks us to “clean all the waters in this world” and includes the bluesy four-part “Wade: Hurricane Suite.”

Proceeds from the CD support the New Orleans Musicians Clinic (which is helping to replace instruments lost in the floods), the Jazz Foundation of America and the Voice of the Wetlands.

Don’t forget the Crescent City. Buying one, or all, of these discs is a good way help with the recovery of a region that has given so much culture.