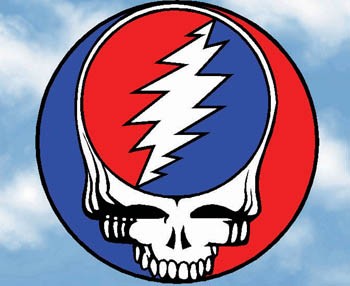 In which our young columnist discovers Deadhead culture

There we were, standing outside of the Henry Kaiser auditorium. “Do you know how amazing it is for me to be here?” Phil asked, his curly red hair flapping in the night wind. “No.” There was a homeless man sleeping under the gigantic light fixtures near the massive doors. We were standing on the lawn. Phil had insisted we pull over and that I honor his nostalgia. “OK–imagine it, this whole lawn, this entire building filled–teeming–with Deadheads,” he gushed.

“Gross.” I had offended Phil, a devoted Deadhead fan since 1985, before the band hit it big with “Touch of Grey” and all the frat guys started showing up for shows. But I can say that to Phil, because he can take it, and he understands that I don’t understand. “No, no, no,” he insisted. “It was great! People reunited from the last show played hacky sack, sold stuff from Central America out of the back of their cars . . .” Phil got a maniacal look on his face. “Hey, you should write a column about Deadheads and their cars!”

Hmmm, I could explore their culture, their nomadic lifestyle and their love of parking lots in order to get to the bottom of the question: Why did so many people follow the Dead? I’ve been waiting for the 10th anniversary of Jerry Garcia’s death to come along first, so that I could celebrate–I mean commemorate–his passing and his bloated excess with a column. So let’s get on the bus.

I pieced together that Neal Cassady’s and Ken Kesey’s Merry Prankster bus started it all. A 1939 International Harvester school bus with “Furthur” [sic] on the destination placard, Cassady at the wheel and a sign reading “Caution: Weird Load” on the back initiated members of the Dead into their strange subculture. According to Dennis McNally’s book A Long Strange Trip, “Neal’s practice was car driving. Cassady could see around corners and take his car through spaces that didn’t exist.”

Garcia and friends “got on the bus,” and this phrase spanned time to finally mean you crossed over to become a Deadhead. The prototypical Dead car is the VW microbus, which a writer for Car and Driver magazine once described as the ultimate “negative status symbol: plain as a brick, simple as a lawnmower, slow as glue, cheap to buy, cheap to run and cheap to fix.”

Despite some clues, Deadhead jargon and iconography still confused me. Then I found a sociological study, called Deadhead Social Science. Written by graduate and Ph.D. students who observed the Deadheads in their natural element, it gave me some details I needed to know: “The parking lot always steadily filled with cars, buses, trucks, and vans from just about every state in the country,” these social scientists wrote. “A 1965 VW with day-glo paint and 56 stickers alerts passerby to the driver’s penchant for liberal politics and Grateful Dead music. Other [fans] were more difficult to spot: driving a mainstream vehicle, maybe with a small sticker or two on the rear windows. Some drivers posted no such statement of identity.”

If the car is an extension of you, maybe some Deadheads had caught on that the police could easily profile them based on wacky cars and stickers, and make the assumption: possession of narcotics.

The book goes on to describe how people arrive early before the show and do some shopping on Shakedown Street, aka the parking lot. This is where all manner of crafts, drugs and vegetarian foodstuff is sold or traded. The merchants are called “tourheads”; they sell goods to make just enough money to buy gas in order to get to the next show.

The lifestyle sounds harsh–there are no beds or showers, and sometimes the vendors drive 300 miles in one day in order to reach the next show only to repeat the whole thing over again. Tourheads could be considered pilgrims, sacrificing just to take part in the ritual.

By the end of my research jag, I could finally understand why people went to shows: the built-in community, respecting time’s passing, enjoying life and being part of something. I’m saddened that with Jerry’s death, reunion and spinoff bands aside, that era ended.

But I still can’t abide that terrible music.

Send a box of rain to Novella at [email protected]