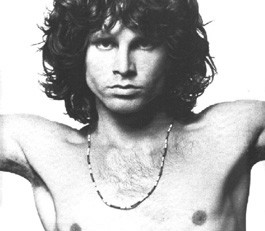 Forty years ago this month the Doors made their landmark debut at the Whiskey-a-Go-Go nightclub in Los Angeles, landing an Elektra Records recording deal and paving the way for what would become one of the most influential and controversial American rock bands of the 1960s and ’70s. It’s impossible to underestimate the band’s importance: Iggy Pop started the proto-punk band the Stooges after catching the Doors at an Ann Arbor, Mich., concert and everyone from the Cure to the Cult to Eddie Vedder has sung the band’s praises (both the Cult’s Ian Astbury and Vedder have fronted latter-day versions of the Doors).

Next year is the band’s official 40th anniversary. Drummer John Densmore recently settled his lawsuit over commercial use of the band’s name with former band mates Ray Manzarek and guitarist Robby Kreiger (who still perform together on occasion). And that means the Doors are wide open for a comeback. A new documentary film is in the works, the surviving members of the band (including Napa County transplant Manzarek) are combing the Doors’ extensive tape archives for upcoming live CD releases, plans are underway to release the band’s original albums as both 5.1 surround sound and two-CD expanded editions and a new coffee-table picture book already is in the stores.

Meanwhile, a new limited-edition box set has arrived in time to whet the appetite of rock fans and to tempt corporate America to take a ride with the lecherous Lizard King and his psychedelicized pals to hawk their wares.Love/Death/Travel is a three-CD/one DVD set attractively packaged in a hardcover portfolio and accompanied by a Morrison commemorative mini-poster and a set of four black-and-white cards depicting each band member from the same 1967 Joel Brodsky photo shoot that spawned singer Jim Morrison’s famous Young Lion pose.

The discs are each themed and collect the Doors’ biggest singles and anthemic hits (“Light My Fire,” “People Are Strange,” Touch Me”), lesser-known album sides (“Spanish Caravan,” “Five to One,” “The Crystal Ship”) and lastly the least familiar tracks from the band’s final albums (“Ship of Fools,” Wishful Sinful,” “Blue Sunday”).

The sound is extraordinary. All the tracks are digitally remastered in HDCD (the high-definition format pioneered by Microsoft) and, in a couple of cases, apparently remixed to bring Morrison’s incidental vocals to the forefront. It’s remarkable how relevant such political and ecological material as “When the Music’s Over” and “Five to One” remains. Morrison’s beat-inflected lyrics and the band’s trademark defiance have traveled well over the past four decades.

The DVD features a video montage of “Break on Through (to the Other Side),” three house remixes and a sampling of the surround-sound versions. The remixes are a mixed bag that includes “L.A. Woman (Paul Oakenfield remix), “Roadhouse Blues” (Crystal Method remix) and “Break on Through (to the Other Side)” (BT vs. the Doors 5.1 remix). The three surround-sound remixes–“Hello, I Love You” “The Unknown Soldier” and “Riders on the Storm”–sound a bit compressed on my system, though it is kind of cool to hear the Doors marching around the living room during the firing squad sequence of “The Unknown Soldier.”

Ten thousand copies of Love/Death/Travel are being offered through the Rhino Homemade signature and the Doors website. Half of those sets are being reserved for media, music and advertising representatives. I received one of the media sets, which gave me a glimpse at the man behind the curtain, sort to speak, since these editions include a solicitation to Madison Avenue to use the Doors material for advertising.

The set even includes a remix menu that lists DJ Shadow, Fred Wreck (of Snoop Dogg fame) and Mad Lib, among others, as ready and willing to customize the Doors’ tracks to fit your specific product needs.

In a world where Iggy Pop’s bohemian anthem “Lust for Life” is used to sell family cruises, we should have expected that “Love Me Two Times,” the Doors homage to oral sex, could become a catchy jingle for reusable zip-lock bags.