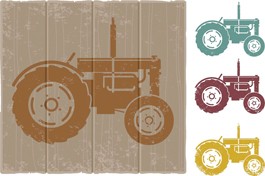 As dueling farm bills wend their way through committee, we try to understand what will hurt and what won't

My inbox has been pummeled recently by a slew of emails warning me of the evils of a bill currently working its way through Congress. Sponsored by Rep. Rosa DeLauro, D-Conn., HR 875—aka the Food Safety Modernization Act of 2009—is one of a raft of bills introduced in the wake of the peanut-butter-borne salmonella outbreak.

All of these proposed bills, which ostensibly seek to improve food safety with increased regulation, threaten to jeopardize local food systems with over-regulation. Unfortunately, it’s been difficult to get a grip on the bills’ true dangers because of all the alarmist hype that’s accompanied them—especially, for some reason, HR 875.

“If [HR 875] passes, say goodbye to organic produce, your local farmers market and very possibly, the GARDEN IN YOUR OWN BACKYARD!!!!!” one email announced.  Another warned that HR 875 would result in the “criminalization of seed banking, prison terms and confiscatory fines for farmers.” Nearly all the emails claim, “DeLauro’s husband Stanley Greenburg works for Monsanto!”

“There is a perfectly legitimate conversation to be had about how we can have food-safety regulation without jeopardizing small farms and local food systems,” says Patty Lovera, assistant director of Food and Water Watch, a national nonprofit. “But it’s hard to have a rational conversation via these forwarded emails. It’s not happening in a way that’s going to change the policy.”

Lovera assures that HR 875 wouldn’t regulate seed saving, backyard gardens or farmers markets. It would, however, split the Food and Drug Administration into separate agencies, one for food and one for drugs. Food and Water Watch supports that. Unfortunately, Lovera says, splitting the FDA might be too daunting a task for lawmakers to take on right now, and the proposed bill probably won’t make it to law.

More likely to reach a vote, Lovera says, is HR 759, called the Food and Drug Administration Globalization Act. While this proposed bill has drawn less attention than the others, she thinks it’s more likely to cause big problems for small farmers.

If passed, HR 759 would make recordkeeping requirements that currently apply to food processors extend to farms, and require that such recordkeeping be done electronically. It would also mandate that all farms become certified in so-called good agricultural practices. Following these practices, which are mostly aimed at controlling microbial contamination, turns out to be easier for farms that grow just a few things than it is for diverse, integrated farms—especially if the farm contains livestock. These and other aspects of HR 759 boil down, once again, to rules that would place a disproportionate burden on small, family farms in their attempt to regulate the large factory farms where most food-safety problems originate.

These are but two of several proposed bills (some others are HR 814 and SR 425) that are supposedly aimed at preventing E. coli in spinach, downer cattle in school lunches, feathers in chicken patties and other horror stories we’ve grown all too used to hearing. But by extending these regulations to the small farms that typically are not the sources of these problems, the playing field will further tilt in favor of corporate agriculture. And this is truly cause for concern.

“What people don’t realize is that if any of these bills pass, we lose. All we will have left is industrial food,” says Deborah Stockton, executive director of the National Independent Consumers and Farmers Association, which promotes unregulated farmer-to-consumer trade and the commercial availability of locally grown and home-produced food products.

One of Stockton’s top priorities is ending the controversial National Animal Identification System (NAIS). Implemented by the USDA in 2003 without congressional approval, NAIS is a federal registry program for livestock and for the premises where animals live or visit. The system’s stated purpose is to aid state and federal government response to outbreaks of animal disease.

“NAIS is a safety net for the corporate livestock industry,” Stockton told me. “They’re the ones with the practices that are creating problems for human and animal health, and they’re the ones who need NAIS to cover their backs when something goes wrong. The main threats to food safety are centralized production, processing and long-distance transportation.”

While she dislikes NAIS, Lovera says the bills currently under consideration are aimed at the FDA, and NAIS is not an FDA program; it’s USDA. While she sees many problems with the current bills, strengthening NAIS isn’t one of them.

Stockton disagrees. If any of these bills pass, she says, it would ratify NAIS and strengthen the USDA’s ability to make it mandatory that all livestock, including your flock of backyard chickens, be registered.

A food-safety bill palatable to locavores will have to protect local food systems with specific language that guarantees small family farms, backyard gardens, personal livestock and farmers markets, and all forms of food self-sufficiency and farmer-direct purchasing are exempted. These regulations need to target the factory farms where the problems lie and not the small farms that could and should be the solution.

I’m hardly alone in believing the right to buy milk from your neighbor or grow your own food is as inalienable as the right to bear arms. And if lawmakers try to take this right away, they’re going to see a backlash to make the NRA seem like a bunch of flower-wagging Hare Krishnas.