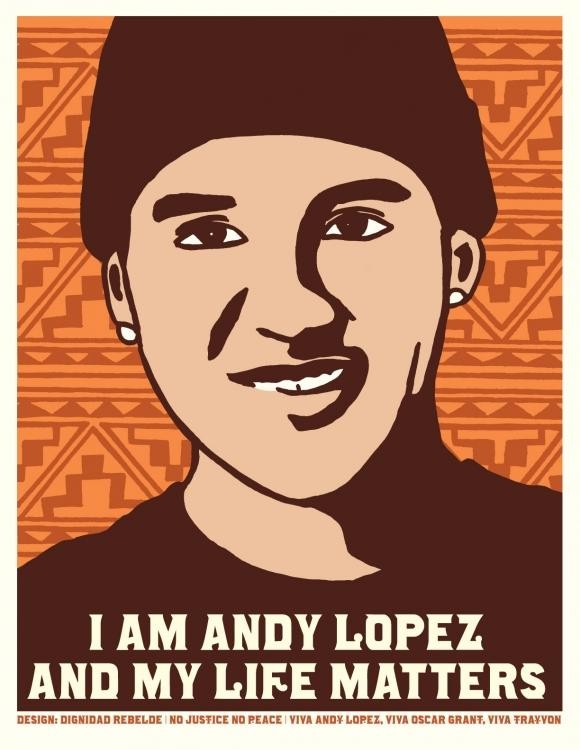 Recommended for You, Sonoma Lawman

A task force established by the Sonoma County Board of Supervisors has released its draft recommendations online Thursday.

The Sonoma County Community and Local Law Enforcement Task Force was created in the aftermath of the 2013 death of Andy Lopez, who was shot and killed by a Sonoma County Sheriff’s Deputy. Lopez was carrying an Airsoft rifle that mimicked an AK-47 when he was shot.

The recommendations include suggested reforms and serves as a multi-point answer to several questions posed to it by the board of supervisors.

Of special note in the draft recommendations is the proposed creation of an Office of Independent Auditor to review police-relating shootings and other use-of-force issues in policing and in the county detention centers.

This is the main recommendation, says task force chairman Eric Koenigshofer in an interview. The draft recommendation will be unveiled at the task force’s next meeting, Feb. 5

Koenigsburg was asked in advance of its release whether the board was considering a so-called “civilian review board” to deal with a perceived lack of accountability in the county when there are police-related shootings and injuries. Complicated question, that.

In effect, the proposed Office of Independent Auditor would be a new office within the county apparatus, but independent of the sheriff’s office. The “citizen review board” part of the deal would be under its umbrella, the OIA Citizen’s Advisory Committee.

Here’s what that citizen’s committee would do, according to the draft recommendations:

“The OIA Citizens Advisory Committee is intended to assist and complement the Independent Auditor as liaison between the community and law enforcement with the ultimate aim of creating a sense of security, mutual respect and trust between all parties.”

Koenigshofer says one of the big challenges in creating recommendations for the county was that expectations in the police-reform and activist community were very high—and that there remains a lot of anger about the Lopez killing, and its aftermath. With the anger has come suspicion that the board wasn’t going to actually do anything. Not so, says Koenigshofer, and it’s all enshrined now in their draft recommendations. “We tried to take the assignment that the board presented us,” he says, “and present things that the board could implement.”

But there was always a strain, since the task force was set up because of a single, tragic incident—but charged with offering sweeping reforms to policing and accountability here. He described the process as, “an effort to understand the legal landscape that exsits – not because we didn’t want to tell people what they can’t do – but to understand what they can do.”

Activists had, for instance, pushed the task force to demand that Officer Erick Gelhaus not be allowed back on beat after he was cleared of wrongdoing by Sonoma County District Attorney Jill Ravitch. That wasn’t part of their purview, but the task force still had to address the fallout from Ravitch’s decision.

“A lot of what has come out in these meetings is that there was dissatisfaction with [Ravitch’s] decision to not charge the deputy with a crime. And, because there is disagreement over the result, there has been a suggestion by some folks that something could be created to override the DA’s decision,” says Koenigshofer.

“You are exactly right that the Lopez incident created expectations that the task force could never implement,” he adds.

The problem facing the task force is that both the Sonoma County supervisors and the D.A. have powers granted to them enshrined through state law, not to mention the state and federal constitution.

“It’s a fool’s paradise to think that a local government can come up with its own arrangement with the expectation of overriding state or federal law,” says Koenigshofer. He recalls an axiom from the Bill Clinton era: “Every complex question has a simple answer that’s wrong.”

“What we are proposing is a very significant change in the status quo, but that doesn’t go as far as some people would like it to,” he adds.

The task force recommendations are up on the county website, and address each of the four questions and conundrums posed to it by county officials.

The big-ticket item is the aforementioned creation of an Office of Independent Auditor. The OIA would “have authority to audit investigations of employees of the Sheriff’s Office,” and would include detention workers at the county lockups. The task force recommended that these auditing powers be extended to the county Probation Department, and would also create a special unit devoted to incidents involving youth.

It’s a big proposed change for how internal investigations are received and conducted, as the task force notes in is recommendations:

“The introduction of an Office of Independent Auditor (OIA) will result in the need to develop a new coordinated process of complaint receipt and review involving both the Sheriff’s Office (SO) and the OIA. As previously noted, the OIA will not become a part of the Sheriff’s Office investigation process nor will the OIA be subordinate to the SO. The OIA will be housed in a separate facility with its own budget. The two offices will need to cooperate and coordinate in order for the OIA to successfully perform its duties.”

The task force also recommended that the Officer of the Coroner and the Sheriff’s Office be split, to avoid creating a conflict of interest when there’s an officer-involved fatality.

From the draft recommendation:

It is recommended that the two offices be separated by obtaining voter approval in 2016 to take effect in 2019. As part of the measure presented to voters in 2016, include a provision which converts the coroner function to a position filled by Board of Supervisors appointment.”

The last recommendation has to do with the Sonoma County Grand Jury and its shortcomings when it comes to investigating law-enforcement related fatalities or injuries. The grand jury told the task for that it faced numerous challenges, inadequate funding for investigative work among them. The task force reiterated what it’s said before, without making a new recommendation about the role of the grand jury going forward.

“In light of our own investigation, and the findings of the 2013-2104 Sonoma County Grand Jury, we do not recommend that the Grand Jury be used as the sole mechanism for Law Enforcement Accountability.”

For citizens who were outraged by the Lopez shooting, and feel like they’ve been shut out of the process—or that their voices have not been heard: Fear not.

“This is our interim report to the full task force,” says Koenigshofer. “There will be a great big discussion at the board level, with hearings and meetings and etc. This is the beginning part of the public discussion.”

I reached out to Sonoma County Supervisor Efren Carrillo earlier this week for a comment on the task force’s work—and on the conditions under which it was empaneled. Here’s what he said:

“While the task force was created in response to a single incident, from the beginning the board intended for the scope to encompass a broad look at a broad scope of issues. The recommendations are being presented in draft form, and are pending additional input from the public, cities, and community partners. Therefore, it would be premature to comment on any particular item. I recognize that there are complex legal issues and constraints that the task force has had to consider when forming their recommendations, and which they are still working through.

I am supportive of the task force and their process, and eager to receive their final report and presentation of recommendations in May. From the beginning, the board has supported the independence of the task force, and the importance of having input from a group that reflects our community. The Board takes the relationship between law enforcement and the community very seriously, and we are looking forward to working with the community, Task Force members, law enforcement, and community organizations to make Sonoma County a better place to live and work.”