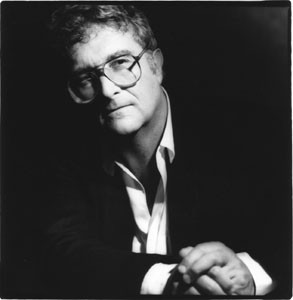 Life Imitating Art: The self-discovery aspects of Randy Newman’s songs sometimes sneak up on him.

Randy Newman is bright and chipper, and he has good reasons to be. After all, the 60-year-old pop music star and film composer has a new record deal (Nonesuch Records), a new CD (a solo piano songbook and the first of a planned three-part career retrospective), and a new soundtrack (to the Oscar-bound feel-good racehorse saga Seabiscuit).

So what’s the first thing he wants to talk about during a phone call from the office of his Los Angeles publicist? “Hey, who’s the North Bay Bohemian backing in the recall election?”

Can’t answer that question, Randy, but personally I’m taking a close look at diminutive former child actor Gary Coleman because he stands for the little guy.

“Is he really running?” asks the incredulous singer and songwriter, who once was vilified for his 1977 hit “Short People,” a satire on prejudice that was seen as an attack on the vertically challenged.

“How can this situation be more fantastic than it already is?” asks Newman, marveling at the absurdity of it all. “I’ll have to back him.”

Certainly you couldn’t credibly make up a scenario in which 135 people are on the recall ballot and the apparent frontrunner is a Hollywood actor and political neophyte beloved for his role as a brutal cyborg. “It would be like a bad Paul Mazursky movie,” Newman says, referring to the writer and director of Down and Out in Beverly Hills.

The rest of the allotted 15-minute interview is a little like speed dating, with Newman offering his views on classic literature (“The Iliad is great, except that it’s 600 pages of straight gore. The most violent book I ever read–it’s worse than [pulp fiction novelist] Jim Thompson”), film, religion, and politics.

Oh yeah, and then there’s the new retrospective showcasing one of pop music’s most reflective, insightful, probing, and at times outright sardonic writers. Which begs the question: To what extent is songwriting a process of self-discovery for Newman?

“It really is more than I would have admitted to 20 years ago or so,” Newman concedes. “Things I have written that I thought had nothing to do with me will sneak up later on and I’ll say, ‘Uh-oh.’ Take a song like [1972’s] ‘Old Man,’ which I thought was so cold and so hard. It’s about a father-son relationship. The old man dies. He’s raised his son to feel nothing and sure enough the son feels nothing and the father gets nothing in return. When my dad died, it wasn’t quite that bad, but it was too close for comfort.

“I guess you can say that, despite the fact that I write character studies, you can make a better guess what I was writing about than you can with a writer who writes openly confessional songs.”

And then there’s the big picture. Over the years, Newman has penned the scores to several films that chronicle the nation’s struggle for its soul (Avalon, The Natural, Ragtime, Seabiscuit), and he’s often blended beautiful melodies and dark prose about America’s failure to live up to its high ideals. For instance, on the song “Sail Away,” the sentimental melody belies clever lyrics that portray a slave trader trying to lure Africans to the New World with the promise of a better life.

While the post-9-11 period hasn’t inspired Newman to pen any new songs (it’s been four years since his last pop album), he’s clearly thought a lot about what events say about us as a society. After all, this is the guy whose 1972 satirical ditty “Political Science” mused on the shortcomings of our allies (“They all hate us anyhow / So let’s drop the big one now”). It was a cleverly cynical tune that now reads like a U.S. foreign-policy statement.

“It may not be the worst we’ve ever behaved, but it is the most openly arrogant that we’ve ever been,” he observes. “I mean, you can be arrogant behind the scenes in the CIA and assassinate people in secret, but to say we don’t need the Old Europe . . . I never thought that people would come close to being as loony as they are in that song. It’s just unbelievable.”