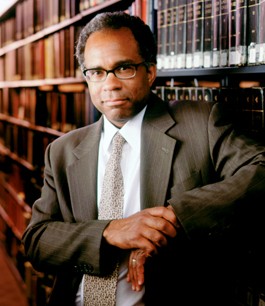 Race in the Race

Skin color still matters, particularly when it comes to politics

Watching Barack Obama in a recent debate, so handsome and tall in a narrow-cut suit with a skinny tie, leaning artfully on a stool in the Town Hall setting, many of us may have entirely forgotten that he is black. In such a setting, calmly laying out the facts of his campaign and making reasonable sustained promises to the American people, his race doesn’t matter at all. Or does it? Many feminists angry over Hillary Clinton’s defeat have suggested that Americans are even more misogynist than they are racist. We can “forgive” Obama for being of color, but never forgive Clinton for being a woman.

Writing last month in the Washington Post, Harvard law professor Randall Kennedy quietly prepares his fellow African Americans for the worst. Obama may not win. And if he doesn’t, what does that mean to the millions of black voters who have never before seen one of their own get so far in public office? Kennedy appears at SSU on Oct. 21.

As the first African American to be seriously considered a contender for the presidency—and as of this writing, the polls show him to be 10 points ahead—Obama has more riding on his shoulders than just a mandate to win. He has the hopes and aspirations of most African-American citizens riding there, too. And that’s why, Kennedy argues, many are already aiming low. “My mother will be sorry if Obama loses, but she won’t feel disillusioned, because she hasn’t allowed herself to get her hopes up,” he writes in the Post. “She has insisted throughout that ‘the white folks are going to refuse one way or another to permit Obama to become president.’ That she says this is remarkable, given the success of her three children, all of whom attended Princeton and became attorneys (one is a federal judge). Still, even though she has seen many racial barriers fall, she’s simply unwilling to make herself vulnerable to dejection by investing herself fully in the Obama phenomenon.”

Author of such controversial works as Nigger: The Strange Career of a Troublesome Word and 2004’s Sellout: The Politics of Racial Betrayal, Kennedy admits that he cried when Obama won the Democratic nomination on the 45th anniversary of Dr. King’s “I Have a Dream” speech. But that doesn’t mean that he’s not ready to concede that perhaps African Americans will have to be content with just getting so far, even if the winning is not achievable. An impossible dream? Only three weeks until we find out.