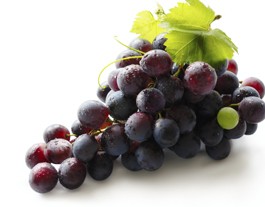 Whether it's called Syrah or Shiraz, one varietal is a fluent ambassador for the earth's vast spread of terroir

The subjects of wine, terroir and all the subtleties in between can make for a hopelessly esoteric discussion, fit for a wine-judging panel but beyond the comprehension (and interest) of the common person. But the variety of smells and flavors that may come from different bottles of one intriguing varietal—Syrah, also known as Shiraz—are stark enough for almost any Joe or Jody to discern, and can provide a fascinating lesson in the geography of terroir. A good place to start is California. Mendocino Syrah may be spicy, rustic and woodsy; Sonoma Syrah, light and mildly fruity, with high tannins and acids. The Central Coast can produce a feral-boar wine of dripping blood and cold-aged meat and in Santa Barbara County, the heavy sun exposure can lead to a more massive, fruit-forward style.

The problem, say many winemakers, is marketing the varietal in a defined, recognizable form, for 20 degrees of latitude, a globe of personalities and two names have made it one of the most misunderstood—if agreeable—wines there is. Syrah is a fluent ambassador for the earth’s vast spread of terroir, and from Mexico to Canada, France to India and Texas to Australia, where they call it Shiraz, this grape goes to the bottle in a thousand shades of purple.

“Syrah suffers an identity crisis,” says Steve Beckmen, biodynamic winemaker at Beckmen Vineyards in San Luis Obispo County. He feels the grape’s nebulous characteristics and hazy distinguishing traits have left Americans unclear on just what it is that a Syrah is supposed to taste like. “In California, it’s not stylistically distinct. There’s so much diversity in the plantings around the state, geographically and climatically. That’s one of its blessings, but that can hinder it at a marketing level when it comes time to tell consumers what the product is that we’ve made.”

Just explaining to quizzical tasting-room visitors that Syrah is the same as Shiraz, sort of, is a headache for marketers, and the varietal’s indecisiveness of character may baffle consumers. Taste Chardonnay, and get butter and oak. Taste Zinfandel, and find pepper and tart berries. Pinot Noir, crisp mineral limestone. But Syrah wanders all over the map. In Australia, winemakers have successfully popularized the jammy, appealing, high-alcohol Shiraz style that is often meant to be drunk young and which has gained tremendous popularity in the United States. In France, especially the Rhone Valley, Syrah is traditionally subtle, tannic, lower in alcohol, blended with other varietals and fit to age for decades in the cellar.

“But in California, we’ve cut a swath right in the middle,” Beckmen says.

Enologists believe that Syrah is among the oldest varietals of Vitis vinifera. First cultivated perhaps 8,000 years ago, it may have taken its name after the ancient village in Iran, today a city, called Shiraz. The French incorporated the grape into their own wine culture, often as the primary varietal in enthusiastic blends. The Australians imported Syrah in 1832 and resurrected its ancient name, and Shiraz has since become the most popular red grape in that country. In California, it arrived only in the 1970s. Promoted by the coalition of winemakers known as the Rhone Rangers, Syrah’s presence grew. In 1996, the state crushed 5,099 tons. For the next four years, production doubled annually, and today California grows nearly 20,000 acres of Syrah and crushes almost 200,000 tons per year—still but a drop in the state’s grape-juice bucket.

The flood of Australian Shiraz into the American market has ruffled the feathers of many local winemakers. The Aussie prices frequently undercut those of North American Syrahs, which are mostly made in micro-batch quantities, and the name confusion is endless; many consumers don’t know that Syrah and Shiraz are the same grape. Then there are those who do know but who mistakenly believe that the difference in the wines is in the name only. It’s not, and by buying Australian Shiraz, wine drinkers may be nuking their taste buds with an easy, appealing fruit bomb while never enjoying the earthy, savory experience offered by many local Syrahs.

According to Bob Masyczek, Beaulieu Vineryards winemaker and director of innovation at Diageo Chateau and Estate in Napa, the influence of climate and soil most strongly dictates Syrah’s fate. Masyczek has sourced Syrah grapes from the south Central Coast up to Lake County and even Australia, and he cannot produce the same wine in any two environments.

“Subtle varietal characteristics are there,” Masyczek says, “but I just don’t know if consumers know how to identify them. A grape like Pinot Noir knows exactly what it wants to be. It grows best in a narrow range of climate variables, and it makes a very distinct wine. But Syrah can be planted anywhere. It does so well in so many different regions that it makes a different wine depending on that, and it’s very difficult for consumers to understand it. It’s really a schizophrenic varietal.”

Unlike historic Petite Sirah and Zinfandel, Syrah is relatively new to California, and winemakers are not yet in consensus of what consumers want or expect in the wine. With no agenda to follow, winemakers often allow the varietal to go its own route from vine to vat, barrel to bottle. Many agree that, of all grape varietals, Syrah most clearly expresses the terroir of California and that for novice consumers to pin down just what makes a Syrah a Syrah can be almost impossible. A person can open several unfamiliar bottles and in one find wild blood, bacon fat and hot asphalt; in another, assorted traces of spicy mushroom, soil and forest; and in another, a robust sunburn of boysenberry jam, plums and alcohol.

That latter would be Shiraz, which the powerful Australian wine lobby has popularized big-time in America. Australian Shiraz has both confused consumers and diverted much attention from California Syrah. To get their feet in the door, however, a growing number of U.S. winemakers are pursuing the bigger, fruitier style as well. The 2004 Shiraz from Clos du Bois releases an aroma of lavender, leather and plums and the taste hits like a truck loaded with blueberries.

The same trend toward the bigger Shiraz style has swept the dusty Chihuahuan Desert plateau in western Texas, where the largest winery in the state, Llano Estacado, grows several varieties of grapes at an elevation of 3,800 feet. Young samples of its Syrah are jarringly yet enjoyably tangy, with strong cranberry and raspberry flavors. Winemaker Greg Bruni incorporates most of the wine into his Signature Rhone blend—a savory low-alcohol wine tasting of leather, iron and berries—but Llano Estacado’s biggest hit is the Shiraz, sourced from Washington, California and Texas and first released at the turn of the millennium.

“We really looked at the name dilemma and what style to go for in our wine: Shiraz or Syrah,” says company president Mark Hyman. “The market at that time was leaning heavily toward the big, fruity Australian style, and so the wine we made was fruity, fresh and a little bit sweet.”

His Jade Mountain Syrah from Lake County, baked by the sun, is drastically different: 15 percent alcohol by volume, blasting with chile pepper, black fruit and chocolate and followed by a screaming hot, portlike finish. The 2005 Syrah from Buena Vista Winery in Carneros smells like berries and porcini mushrooms and tastes of gamey blood and fresh wood polish. Buena Vista winemaker Jeff Stewart believes such a balance between fruit and savory game is the classic textbook Syrah, yet he concedes the varietal itself can be “a bit of a chameleon” for its transparency and willingness to show terroir.

For the adventurous drinker, it’s a no-brainer. Berries, cherries and alcohol are nice, but these common flavors swim throughout the wine aisle in Cabernet, Pinot, Merlot and the rest, including Shiraz. But when faced with the chance to enjoy gourmet mushrooms and wild venison in, of all things, a bottle of wine, there’s only one choice. Take it.