With a background in acting and a new album culled from a movie soundtrack, is Loudon Wainwright putting us on? (Yes.) 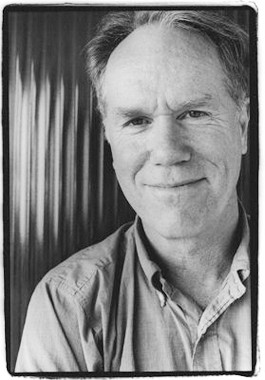 Everyman With A Guitar: Loudon Wainwright III in search of universal truths

Forty years into his career/lifestyle as an itinerant troubadour, Loudon Wainwright III is enjoying another up-tick in his public profile, courtesy of his work on the soundtrack for director Judd Apatow’s summer comedy, Knocked Up. Songs from the film also form the basis of Wainwright’s latest recording, Strange Weirdos, which has been praised as some of the songwriter’s best work in years.

But the job didn’t arrive just out of the blue. “Judd is a guy I’d worked with before as an actor,” Wainwright recounts by phone from the East coast. “I was in a television show he had a couple of years ago called Undeclared.” That short-lived Fox sitcom casting grew out of Apatow’s long-standing appreciation for Wainwright’s music, and a more recent concert date gave the director some ideas for his newest project.

“He heard a couple of the songs, ‘Grey in L.A.’ and ‘Passion Play,’ which he felt fit into the theme of his movie,” says Wainwright, “and so he said, ‘Why don’t you do the whole enchilada?'” Loudon quickly recruited songwriter and producer Joe Henry as his collaborator for the project, and went to work.

Extracted from the film and presented on their own merits, the songs fit comfortably into the well-established Wainwright mold, a singular distillation of wry humor and brutally honest self-examination that is almost always offered from a first-person perspective.

“Well, I’m always thinking of me,” he admits with a nervous chuckle. “But you see, what happens to me is not unusual to what happens to you and to other people. So I can write about me, but it applies to every man and/or woman. There’s nothing unusual about my life; it’s been a rather mundane existence. But like everybody’s life, there’s a lot of big important things that’ve happened in it and I write about it, and I think people recognize and identify with the songs because that stuff’s happened to them, too.”

In addition to providing the soundtrack, Wainwright also makes a brief acting appearance in Knocked Up, just as he did in Apatow’s previous picture, The 40-Year-Old Virgin. “I thought I wanted to be an actor,” he shrugs, “and occasionally I am.”

So is that Loudon Wainwright we see entertaining onstage just another role he plays? “It’s what I do,” he says matter-of-factly. “It’s a show I give and have been giving since 1968, so that’s almost 40 years. It’s evolved and changed from what it was, as I have. I’m not quite the same person I was when I started in 1968.

Next ArticleWhite Flour Is Death