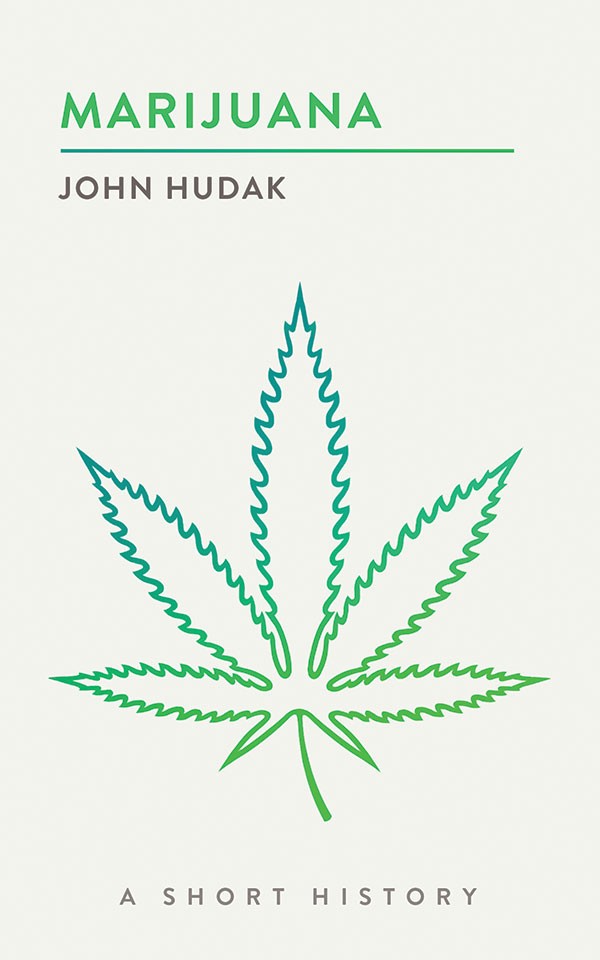 Marijuana is going mainstream, as evidenced by the spread of medical marijuana and now outright legalization, not to mention its increasingly favorable position in popular culture. There’s just one problem: pot remains illegal under federal law.

That’s a big problem for John Hudak, a senior fellow in governance studies at the Brookings Institution who has a keen professional interest in public policy implementation. In Marijuana: A Short History, Hudak takes marijuana legalization as pretty much a given—provided it isn’t screwed up too badly in implementation—and sees federal marijuana prohibition as an obstacle to getting pot policy right.

He sketches out the strange place we now find ourselves, with a booming industry enriching state tax coffers at the same time it remains federally illegal, and a federal government largely turning a blind eye to the violations of federal law—at least for now—while at the same time refusing to allow that industry the banking privileges and tax breaks provided to legal businesses. Meanwhile, marijuana sellers become Chamber of Commerce members in some states and prison inmates in others.

In Hudak’s view, we’re now in a “worst of both worlds” status quo: “The resulting situation in the United States may be worse than either national legalization or national prohibition. Legal realities are loosely defined by executive branch guidance and suggestions from the administration. This guidance fails to answer important questions and oftentimes creates new ones. States are constantly asking the federal government how to deal with many of the problems they face; the answers are almost always insufficient.”

Now, at the start of 2017, the tensions Hudak highlights are even more acute, and the November elections brought them to the fore. At the same time the legal recreational market quintupled in size, with victories in California, Maine, Massachusetts and Nevada, the nation elected Donald Trump, whose attorney general pick, Alabama senator Jeff Sessions, is an avowed foe of legalization. Hudak raises the right questions about marijuana’s future.

Marijuana: A Short History is serious stuff with a serious purpose: getting us down the path to a sane and effective marijuana policy nationwide. People with an interest in marijuana and marijuana legalization need to be thinking about these things, and Hudak is going to reward a serious reader. And he isn’t going to make you slog through 400 pages of academic prose along the way.