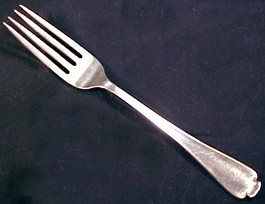 As happens every once in a while, I recently went broke. My car was in need of major repair (screw you, Volvo!). My dog got sick, and I was hit with a huge vet bill (rest in peace, Django). Then I went into debt to PG&E for a month of cranking a heater that turned out to be faulty and inefficient. No wonder my house was always so cold.

Add it all up and it made for a perfect storm that blew through my personal finances. My bank account was nearly empty and I was counting down until my next paycheck arrived. Meanwhile, I had to eat.

Until my next infusion of funds, a big trip to the grocery store was out. That meant it was time to survey the nonperishables in the cupboard and the dwindling food stocks in the refrigerator, and try to make a few meals until payday came around. But rather than an experience of grim gastronomic privation, I found scraping by for a few days strangely satisfying and revealing.

It was satisfying because I learned I could cobble together meals based on forgotten canned goods and packages in the cupboard and a few other ingredients. It’s usually not until I find myself moving and packing up the contents of my kitchen cabinets that I realize how much stuff I’ve amassed: half-consumed packages of spaghetti, a tin of anchovies, canned tomatoes, black beans, dried lentils, canned soup and other random foodstuffs. But rather than subsisting on the dregs of the peanut butter jar and creamed corn, I actually made a couple of good meals, dishes I cooked again when I was back in the black. It’s amazing what a little brush with penury will do for one’s creativity and appetite.

My spell of poverty was revealing because I realized I don’t make very good use of the food I have on hand and I could probably spend less at the grocery store if I paid better attention to my inventory. Before heading off to the store, I’ll take a quick look at what’s in the fridge, but I’m usually guided by what sounds appetizing rather than a thorough accounting of what I’ve already got.

Now, I’ve started to stock up on pasta, canned vegetables, chicken broth, dried beans and other nonperishable items. I’ll throw in a few extra bottles of wine for good measure, too. That way when my next economic meltdown occurs—or when the San Andreas fault splits open and nobody can go the store—I know that for at least a few days I’ll be eating well.