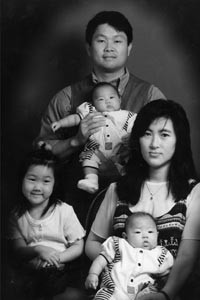 THE FATAL APRIL 15 shooting of Kuan Chung Kao, 33, by Rohnert Park Police Officer Jack Shields and the seven other police-involved deaths in Sonoma County over the past two years are gaining fervent attention nationwide, including a glimmer of interest from one long-silent local human-rights group.

In new developments disclosed this week, the Independent has learned that the Rev. Jesse Jackson will visit Sonoma County to meet Kao’s widow, Ayling Wu, at an as-yet-undetermined date; state Attorney General Dan Lungren announced during a visit to Santa Rosa this week that his office has opened an investigation into the Kao shooting; Sen. Barbara Boxer, D-Calif., will meet with Wu on Oct. 3; and a second meeting between local law-enforcement chiefs, Bay Area civil-rights groups, and officials from the U.S. Justice Department is set for Oct. 1 to discuss ways to increase racial and ethnic sensitivity among local police.

Kao, drunk and swinging a wooden pole, was shot at point-blank range on his front lawn by an officer who later said he felt threatened by Kao’s “martial arts-style” moves. Critics point out that Kao had no martial arts training and contend that the shooting was racially motivated.

The FBI, the U.S. Justice Department, and, last week, the U.S. Commission on Civil Rights have all stepped in to probe a possible pattern of police brutality alleged in eight separate cases. Yet critics say the response from our own backyard–specifically from the Sonoma County Human Rights Commission–has been strangely absent. “I’m pretty disappointed,” says Nancy Wang, president of the Redwood Empire Chinese Association. “The commission has put this under the table–despite all the action right now, the Human Rights Commission is doing nothing.”

Under investigation by the U.S. Commission on Civil Rights.

Wang–who along with 25 other local civil-rights advocates addressed the Human Rights Commission during its monthly meeting on Monday–believes the commission should help the community organize police review boards.

“The FBI is still doing an investigation, and when that’s completed we can become more involved,” responds the commission’s chair, Phyllis Rosenfield, who denies that the group is skirting the issue. The commission has written to local police officers’ associations for information about training procedures regarding ethnic issues, she says, adding that there has been no reply.

As a result of this week’s meeting, Rosenfield says the commission will hold a public forum next month to address the issue of alleged police brutality. Review boards could have the authority to evaluate allegations of police misconduct and could recommend disciplinary action. But the commission will stop short of making any recommendations to the county Board of Supervisors. “We’re not necessarily advocating one way or another,” explains Rosenfield. “We act as a forum to hear from all sides, including the police.”

Sonoma County District Attorney Mike Mullins has said he has never encountered so many deaths involving confrontations with law-enforcement officers in such a short time, but does not see a pattern. However, some observers have pointed out that the string of cases under investigation by the U.S. Commission on Civil Rights began just days after the March 29, 1995, execution-style shotgun slaying of popular Sonoma County Sheriff’s Deputy Frank Trejo, 58, by state parolee Robert Scully. Trejo was the first police officer killed in the line of duty in the county in 20 years. Some wonder if his death didn’t trigger an urge to pay back local criminals.

Mullins says any correlation between the events is pure speculation. “I wouldn’t ascribe anything to that,” he adds. But, attorney Burris says that when an officer is injured or killed, it psychologically affects all officers. “It heightens their sense of insecurity and causes them to overreact to events,” he claims. “I’ve seen times when police officers are injured and other officers retaliate against citizens.”

Police psychologist Wayne Light, who has worked as a consultant for many Sonoma County law-enforcement agencies, says that although an incident such as the Trejo killing makes officers “more conscious of how vulnerable we are,” the eight cases under investigation are merely symptoms of population growth. “We’re no longer a small wine community,” he says. “We’ve hit a population base of over 100,000 and we’re growing very fast,” he says. “While Sonoma County is bursting with new people, the number of felons and disturbed, problematic, and violent people is also going up at a higher percentage.