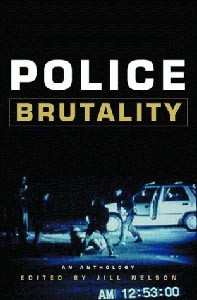 LONG AFTER we have all forgotten the significance of a hanging chad or the name of O.J.’s lead attorney, one media story from the last 10 years will live on. The nightmare scene, captured by an amateur cameraman in 1991, was unforgettable: Rodney King’s body at the center of a whirlwind of violence as Los Angeles police officers dealt out a crippling barrage of punches, kicks, and baton strikes.

The televised images were searing enough. But what truly confirmed their durability, what ensured the iconic status of King’s name into the next millennium, was the string of similar incidents that followed.

And they came with a thumping, horrific regularity that rose to a crescendo: Abner Louima held down and sodomized with a broomstick by cops in a Brooklyn police station. Amadou Diallo dying in a hail of 41 police bullets after reaching for his wallet. An LAPD officer coming clean about the violence and corruption in the Rampart station’s gang-fighting unit.

Racism and law enforcement have a long and ugly relationship in this country, as is made clear by the contributors to Police Brutality (Norton & Co.; $24.95), a new collection of original essays on the subject by writers ranging from academics to a former black police officer to a former Black Panther.

But as these essays also make clear, the last 10 years brought the issue into sharper focus than at any time since the ’60s. The results? Massive controversy in New York and Los Angeles, federal oversight of mandated reforms at the LAPD, and increasing scrutiny of such law enforcement activities as racial profiling in traffic stops.

But does white America understand the extent of the problem, even now? Not by a long shot, according to these writers. “Most Whites believe that Louima and Diallo are exceptions–good Blacks,” writes Jill Nelson, the anthology’s editor, “and that there is in the police department no systemic problem, just a few rotten apples who need to be thrown out.”

But many minorities, says Nelson, have a lifetime of personal experience that leads them to the opposite conclusion. It’s this gap in perception that is the primary focus of Police Brutality.

Historian Robin D. G. Kelley and law professor Derrik Bell both trace the origins of police presence in minority communities back to the era of slavery.

Retired NYPD Lt. Arthur Doyle details his experiences during 29 years on the force. Criminologist Katheryn K. Russell provides a bleak examination of the political and legal dynamic that shuts down debate during brutality controversies.

In one of the book’s most compelling pieces, Columbia University law professor and Nation columnist Patricia Williams offers a beautifully crafted dissection of the cult of racial appearance. Her “Obstacle Illusions” compares the fearsome stereotypes about young black men with the incredible blindness at work prior to the massacre at Columbine High School: “Dylan Klebold and Eric Harris seem to have been shrouded in presumptions of innocence–even after professing their love for Hitler, declaring their hatred for Blacks, Asians, and Latinos (on a public Web site no less), downloading instructions for making bombs.”

But most of the writers featured in Police Brutality also have personal stories to tell, accounts of humiliating, terrifying encounters with racism and brutality wearing a badge.

Some white people will find these stories hard to believe. Others will relate to them better than some of the authors might imagine. But no one–black or white–will finish this book with an untroubled mind.