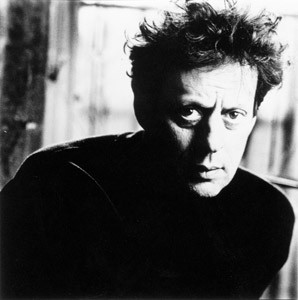 Philip Glass had slipped off my radar in recent years, until, that is, a couple of years ago when I popped the five discs included in the 2002 box set Philip on Film into the CD player. The genius of this often maligned composer came rushing out of the speakers in an exhilarating whirlwind of string-driven sound–well, OK, the cut was “The Storm,” from the 1999 soundtrack to filmmaker Tod Browning’s Dracula (performed by the Kronos Quartet). But that’s only one of the surprises waiting on this quite remarkable–and sadly overlooked–collection of modern film music.

The box set served as a good way to reacquaint myself with Glass, who has no less than three new recordings in stores this week: a film score and two classical recordings, one avant garde, the other symphonic. These discs present very different sides of a vital and prolific composer who is often disparaged for his minimalist leanings; he’s released six recordings this year alone and also composed the stunning score to last year’s award-winning documentary The Fog of War.

It’s easy to dismiss Glass and the subtle charm of his work. Too modern. Too American. Too minimalist. Too many arpeggios. Too commercial. There is, after all, an almost mechanical quality to his music; in a nod toward Andy Warhol’s factory (in which the pop artist employed assistants to churn out his prints), Glass is credited as the first composer to use production-line techniques and electronic sampling to hasten his composition projects.

And then there are all those gosh-darned arpeggios, those unrelenting cascades of chord tones that move his music in waves of primal force.

On track after track on Philip on Film, Glass’ film works–extended mini-opuses that buck the stilted brevity that marks most movie scores–fill the room with gorgeous melodies and lush soundscapes. The five CDs barely scratch the surface of Glass’ film oeuvre, which has ranged from Koyaanisqatsi to The Truman Show.

And if you don’t think that Glass, a Juilliard-trained violinist, has a real love of and talent for writing stirring compositions, give a listen to the wistful melodies on the three string selections from The Secret Agent (Christopher Hampton’s little-known 1996 thriller about political terrorism) performed here with great sensitivity by the English Chamber Orchestra, conducted by Harry Rabinowitz.

Glass’ latest score is for Undertow (Orange Mountain Music), David Gordon Green’s new thriller about two generations of brothers caught up in a family vendetta. The suspenseful film work offsets Glass’ crystalline string orchestrations and the purity of a children’s choir with the guttural menace of Adam Plack’s didgeridoo. This is Glass at his most somber, using his ubiquitous arpeggios both to build the tension and elevate the listener to a heightened psychic plane.

On the other hand, arpeggios run wild on Music in Fifths (Cantaloupe), the trance-inducing recording of Glass compositions by the New York avant-garde ensemble Bang on a Can. This is Glass’ fixation with minimalist patterns taken to the nth degree. On “Music in Fifths” and “Two Pages,” two pieces running nearly 25 minutes each, the sextet run through a series of patterns constructed around the musical intervals of fifths in a maddening series of stilted repetitions marked by subtle variations in instrumentation and structure.

For classical music snobs who wrote off Glass years ago, mainly due to recordings like Music in Fifths, The Concerto Project Vol. 1 (Orange Mountain Music) is one of the most powerful string recordings of the year. It includes the monumental Concerto for Cello and Orchestra (commissioned for cellist Julian Lloyd Webber by William and Rebecca Krueger, and premiered last year with the China Philharmonic Orchestra under conductor Long Yu), performed here by the underrated Webber. Also on the disc is the propulsive Concerto Fantasy for Two Timpanists and Orchestra with Evelyn Glennie (the first and only full-time symphony percussion soloist) and Jonathan Haas, who commissioned the work years ago; his first choice for a composer, Frank Zappa, died before he could start the project.

The cello concerto is especially profound, ranking as one of Glass’ finest works–check out the way he sets up for the strident urgency of the third movement. The timpani concerto reverberates with hints of a James Bond score and even the drum solo from the Strangelove’s ’60s tribal-rock hit “I Want Candy.”

The subsequent volumes will feature a number of new works including a new piano concerto, a harpsichord concerto, a violin concerto and the Concerto for Saxophone Quartet and Orchestra.