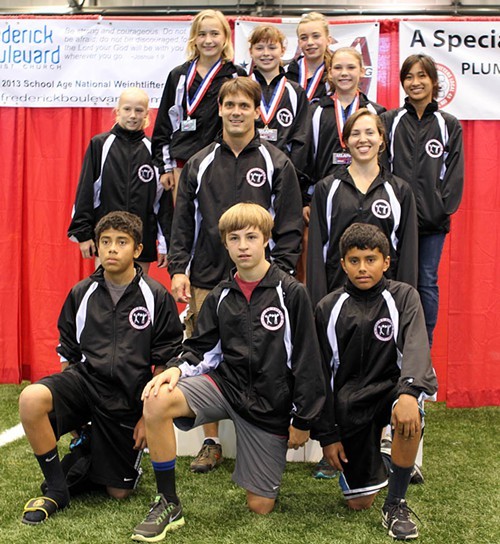 As the Bohemian reported this year, Olympic weightlifting isn’t just for musclehead gym rats anymore. To further this point, Freddie Myles of Myles Ahead Weightlifting in Petaluma emailed us with some news: his girls team won the Youth Weightlifting National Championship, held this weekend in Missouri, and two of them took home individual titles.

Chloe Tacata, 13, of Rohnert Park and Julia McKairnes, 12, of Santa Rosa are now national champions. They each threw more weight over their heads than anyone in their weight class, and three others on the team finished a close second in their weight class. The boys’ team did well, too, and everyone placed in the competition. About 400 lifters competed, which Myles says is more than the past couple years. What’s more, his team, the only one from California, bested some stiff competition. “Two of the teams we beat are two powerhouses in the country,” he says, referring to teams from Georgia and Missouri. Seems like baseball isn’t the only sport in Petaluma where kids are kicking butt.

And since they were just outside Kansas City, Myles says he made sure to grab some great barbecue. “There was one place with a lot of trophies from barbecue competitions all over the place,” he says. “It was really good.”