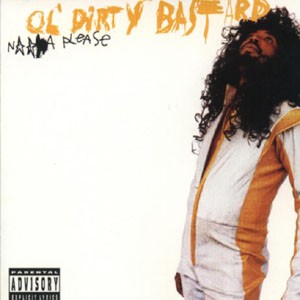 RIP ODB: Ol’ Dirty Bastard is just one of the losses this year will mourn.

Spirits in the Sky

Rock ‘n’ roll will never die, but people will

Hearing of death first thing in the morning isn’t the sunniest of ways to stir from slumber, but it’s an ever-present threat to those of us who set the alarms on our clock radios to the news. So at the dawn of the day several weeks ago, I was quite dismayed to discover the untimely passing of the Wu-Tang Clan’s Ol’ Dirty Bastard. Ol’ Dirty Bastard’s madcap, drug-addled lifestyle and frequent run-ins with the legal system largely deemed his sudden fatal heart attack tragic yet not shocking. The dude was pretty much a certified loony, which is likewise what made him such an ass-kicking, unpredictable public figure.

As 2004 closes, staffers at Time and Newsweek are no doubt squirreling away the year’s entertainment obituary chronologies. While reductive and exploitative, these lists are a necessary evil that soothe and aggravate the public’s emotional wounds.

On the mortality front, 2003 and 2004 were bad years for music. We lost Elliot Smith, Wesley Willis, Celia Cruz, Ray Charles, Arthur Kane, Dee Dee Ramone and Johnny Ramone. When rock ‘n’ roll was young, the people we lost to it were also young, either victims of grisly plane crashes or of tortured artistic genius tempered with all-too-literal adherence to the Dionysian cult. But now the only thing older than rock ‘n’ roll is Dick Clark, and there’s a sad contradiction between the genre’s implicit youthfulness and its elder statesmen (and women) becoming spirits in the sky. When Johnny Cash died last year, it felt like the bottom fell out of everything; as long as Johnny Cash was alive, we could rest easy that music was alive and kicking, too.

John Peel’s death late in October was also tough going. This influential British DJ was responsible for unleashing so much good music into the world that it seemed good music might stop there with him. The collective residual underaged rebellion of numerous generations is at stake when we lose someone emblematic to us; it fucks with our own mortality. When Sam Phillips or Rick James dies, we all get a bit older.

The flip side of those Grim Reaper year-in-review lists are the people we don’t think about very often, the folks whose names have been blurred over the years because they were never very well-known in the first place. On the same day John Peel died, Bill Read did, too. He played bass for the Diamonds, and his deep voice was featured in the talking part of their 1957 hit “Little Darlin’.” I love that song. And I love the Skeeter Davis version of “The End of the World”; she died this year, too.

Most of us don’t go around thinking about Dave Blood (bassist for the Dead Milkmen), Paul Atkinson (the Zombies’ guitarist), Stuart Adamson (Big Country lead vocalist), Syreeta Wright (who sang a duet with Billy Preston on the 1980 No. 1 single “With You I’m Born Again”), Jan Berry (of Jan and Dean) or Greg Shaw (Bomp! Records founder) very often. They all died this year, and only in the news of their deaths do we have a reason to remember them. But there are moments in our days when we hear a fragment of a song on the radio or glimpse a moment from our past, and the music they helped to create is there, a cast member in the intricate and arcane drama of real life.

In the closing lines of Middlemarch, George Eliot wrote, “The growing good of the world is partly dependent on unhistoric acts; and that things are not so ill with you and me as they might have been, is half owing to the number who lived faithfully a hidden life, and rest in unvisited tombs.”

Though rock music is hardly a hidden life, the fickle nature of fame can make it so. Ultimately, all of the late, largely anonymous session musicians and producers and one-hit wonders have a diffused legacy in song, one that continues with every visit to the record store, jukebox or karaoke bar. Rather than being morbid curiosities, annual rock death rosters keep both Ol’ Dirty Bastard and Bill Read alive in our minds, if we remember their names or not.