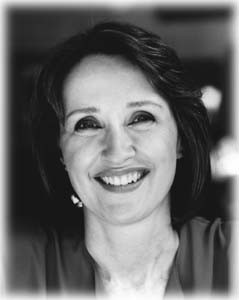 Woman Warrior: For more than 30 years, Patricia Ireland has been fighting for women’s rights.

NOW President Patricia Ireland takes her show on the road

PATRICIA IRELAND is dismayed. The usually fiery president of the National Organization for Women has just been told that one of her staffers has dismissed as “old news” the possible damage to be wrought by the litigated anti­affirmative action ban imposed by Proposition 209.

“Unfortunately, we can’t say that Prop. 209 is old news,” she says emphatically of NOW’s position in the facing of this threat, during a phone interview from her Washington, D.C., office. “While we didn’t win in California, we so substantially closed the gap over the course of the year by about 20 points that by the time the election came around, consensus was shifting. I see very clearly that if 209 is implemented [pending an appeal to the U.S. Supreme Court], we will lose a lot of important programs that opened doors for women and minorities, whether it’s the women’s center on campus, or, particularly, recruiting programs, or outreach and mentoring programs. All of these could be argued to be preference-based. If you want to leave it in the hands of some judge to decide what is preference, I think we’re taking a pretty big risk.

“We face attacks on all fronts, but I think that what happened with 209 is part of a bigger picture,” she continues, “and part of that bigger picture is that some folks still think that they benefit from discrimination–employers who still pocket that 29 cents when women only make 71 cents on every dollar.

“I think that there’s a challenge on all fronts,” she adds. “The good news is that I think that we’re up to the challenge.”

Ireland’s autobiography of her own struggle for empowerment reads like a story of the women’s movement itself. Married fresh out of high school, Ireland–who appears Tuesday, May 13, at Sonoma State University to discuss her career, goals, and life-tracing book, What Women Want (Dutton; $23.95)–worked as a waitress and a can-can dancer, using her looks and her legs to earn her way. Hiring on in 1967 as a stewardess for Pan American Airways, she flew the South and Central America route, a lucrative but short-lived career for woman who expected to be terminated when she got “old” at age 32.

When Ireland’s husband got a toothache that wouldn’t go away, the two investigated her corporate health plan. What they discovered didn’t shock many at the time: while her male colleagues had coverage for their wives, benefits for female employees didn’t swing toward male spouses. Ireland surprised herself and fought back. Her next surprise was for Pan Am. With the help of a local chapter of NOW (which had just been founded in 1966), and on the strength of the infant installation of the affirmative action program, Ireland won.

Encouraged by the win, she enrolled in law school, hired into a prestigious firm, and began her long climb up the ranks of the largest women’s organization in the United States, winning its presidency in 1991.

Up for re-election to a last term this July, Ireland oversees the political actions, protests, and campaigns of some 250,000 NOW members in over 500 chapters nationwide. In 1994 she devised the plan and won the right to use federal racketeering laws to insist on safety zones around family planning clinics, protecting women with abortion appointments from the often violent onslaught of anti-choice protesters. She has overseen the gradual focus on wide-scope humanism within the feminist movement, serves on Rev. Jesse Jackson’s Rainbow Coalition, and has been an ardent gay and lesbian activist.

Of paramount concern to her are the continued protection of women’s reproductive rights and access to birth control, an end to sexual harassment in the workplace, and the nurturing of the next generation–male and female–of feminists.

IRELAND CHUCKLES at the suggestion that feminism is the new F-word, attributing complacency among some women to the syndrome she calls “I am woman, I am strong, I am exhausted,” and enmity from others as a reaction against an upswell of power. Under her leadership, NOW has targeted the Smith Barney brokerage house and Mitsubishi motors as “merchants of shame,” citing records on workplace harassment as warranting an outright boycott. She dismisses the partial-abortion controversy that involves 600 procedures nationwide each year as a hoopla devised by those who would prefer that women have no right to abortion at any time, and perhaps no access to birth control.

Media savvy, Ireland becomes downright real when asked about the humanist direction the woman’s movement is taking, encompassing a passionate desire for rectitude among all peoples.

“I’ve always thought that feminism is a broader politics than just women’s rights,” she says. “It’s really a form of politics opposed to oppression, and we come to understand oppression as a model of this very fundamental relationship between men and women. If we don’t include all people, if we don’t meet all of the ways that oppression works and all of the dynamics of power, how will we help change institutions from the inside as part of creating a better world?

“There has to be something beyond the aggrandizement of a small group of privileged women.”

From the May 1-7, 1997 issue of the Sonoma County Independent