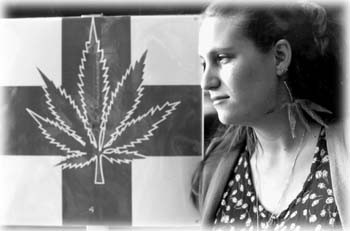 IN SONOMA COUNTY–home of the first court case to test the new medical marijuana initiative–law enforcement officials, health officials, the district attorney, and medical marijuana supporters are trying to hash out a plan to implement Proposition 215, which legalizes marijuana for medical use with a physician’s recommendation but doesn’t specify how the law should be applied.

“The statute itself doesn’t explain how [marijuana] is supposed to be distributed,” says District Attorney Michael Mullins. He and medical marijuana supporters Paul Klopper and Alan Silverman have been working on a mission statement to establish the Medical Marijuana Research Foundation.

Silverman thinks the MMRF should consist of a Cannabis Health Maintenance Organization to identify bona fide patients and research the effects of cannabis, a Medical Marijuana Research “Farmacy” to provide growing equipment and nutrients, a Medical Marijuana Outreach Program to educate patients and physicians, and a medical marijuana “dispensary” to disperse cannabis to patients in a safe, regulated environment.

Mullins does not support a cannabis club such as those set up in San Francisco and Ukiah because it’s too difficult to ensure they’re not cultivating pot for the black market. He agrees that legitimate patients should be allowed to cultivate their own marijuana for personal consumption.

Silverman says that’s not enough. However, the district attorney contends that for him to approve of such a plan, the definitions of a patient, a caregiver, and a serious illness would need to be clarified.

The district attorney is prosecuting what is apparently the first medical marijuana case. Alan Martinez, 39, an epileptic, and his caregiver John Miller were arrested last year for cultivation and possession of marijuana plants but their court cases were delayed until after last November’s election. Mullins, who insists that the physician would need to be identified in patient cases, says the problem with the present case is that Martinez won’t disclose the name of his doctor. However, Silverman says doctor information falls under patient confidentiality.

Some Sonoma County law enforcement officials, including Sheriff Mark Ihde, had announced they would report doctors who prescribe marijuana to the Drug Enforcement Administration. But the issue of doctors recommending marijuana to patients has been relaxed a little since a U.S. District Court recently barred the government from prosecuting doctors from doing so.

The Martinez case, which is being closely watched by the rest of the state, is scheduled for further proceedings on May 22.

From the May 1-7, 1997 issue of the Sonoma County Independent