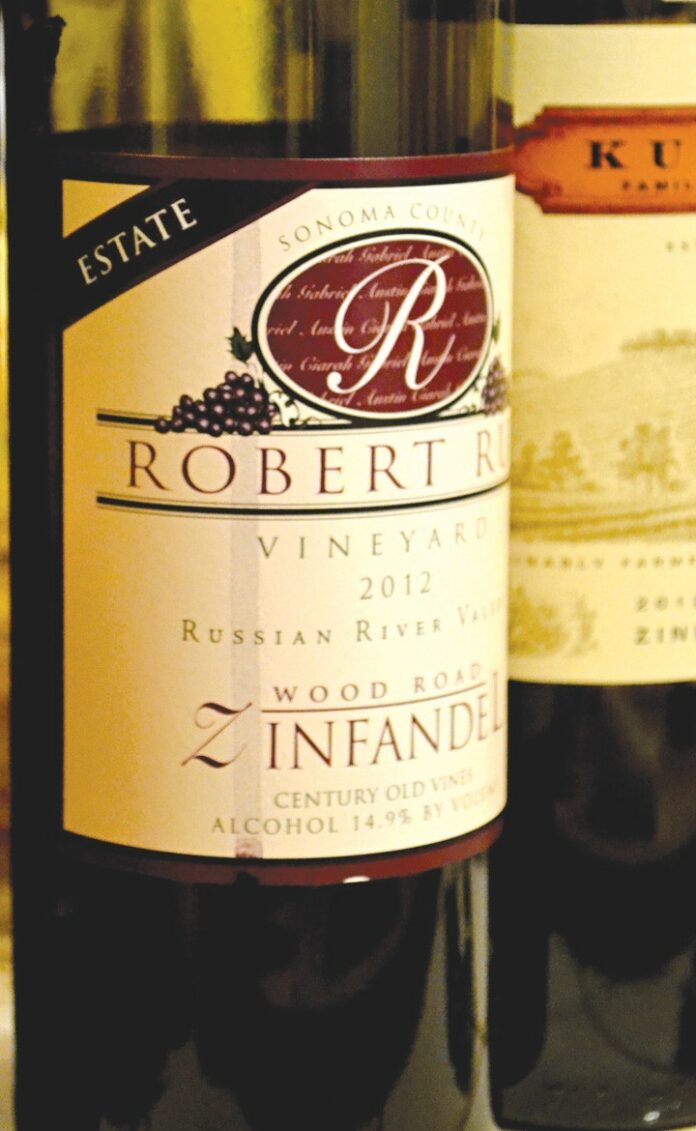 America’s unofficial wine of burgers and backyard barbecues, Zinfandel isn’t often thought of as a varietal that shows nuanced variations of regional character. But it often does. So if you enjoy Zin in all its quirks, and you don’t mind drinking wine out of a brown paper bag, what’s the harm in playing a guessing game?

Robert Rue 2012 Russian River Valley Zinfandel ($35)
It’s been years since I had the Rue, but what else could it be? From vines planted in 1900 and farmed by a mom-and-pop operation just west of Santa Rosa, this purple beast shows how big Russian River Valley Zin can get without cracking up. Dark cocoa and ripe black fig meet whole-wheat cranberry bread, and the lush mouthful of boysenberry tastes like the juice from crushed berries, not syrup, thanks to insistent acidity. Substantially tannic and chewy, this Zin holds up for three days.

Kunde 2012 Sonoma Valley Zinfandel ($22) Smoky, like chile pepper sprinkles on chocolate, with murky, earthy fruit—organic dried plum and cherry. I expect the darker fruit aromas from a Sonoma Valley Zin—fruit that doesn’t pop out at you, but broods in the glass instead. On the palate, it’s a different story: a boysenberry-plum-black-cherry joyride that ends without mishap—no heat, not too sweet.

Del Carlo 2012 Dry Creek Valley Zinfandel ($32) There’s a high-toned spiciness to many Dry Creek Zins, a brambly suggestion of both the berry and the thorns. From the Teldeschi Home Ranch, this lighter-bodied wine shows the elegance of old-vine Zin—pepper, raspberry and strawberry jam finishing on the dry side.

Frank Family 2012 Napa Valley Zinfandel ($37) As with the renowned Cab, so goes the Zin: Napa rounds the edges off Zin. A raspberry pastille aroma, and classic cassis-like, blackberry liqueur flavors. Oh, and there’s 3 percent Cab in the blend.