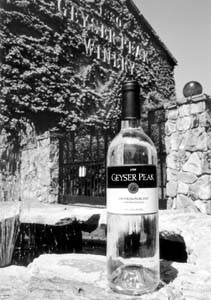 THE CLOCK STRIKES 8 a.m. It’s showtime at the Pacific Rim International Competition held at the National Orange Fairgrounds in San Bernardino. More than two dozen wine judges from around the globe–a diverse group of vintners, restaurateurs, and educators–have gathered to assess the quality of more than 2,100 wines submitted by wineries from throughout North America, South America, Australia, and New Zealand. These judges are tasked with separating the best from the rest, and awarding gold, silver, and bronze medals to deserving bottlings.

Sonoma County wines traditionally have fared well in these types of competitions, particularly the Pacific Rim event, generally recognized as one of the most important. In fact, surveys have shown that Sonoma County wines annually earn more hardware than wines from any other region in the country–Napa Valley included.

The judges are divided into panels of three, and each panel is seated at its own table. Adorning each table is a plate filled with crackers, cheese, and grapes. Each place setting includes an entry guide book, a finely sharpened No. 2 pencil, a plastic bottle filled with Arrowhead drinking water, and a large plastic cup (about the size used for a giant 7-Eleven Slurpee container), otherwise known as a spit bucket. There will be little swallowing of wine by these judges over the next two days; 99 percent of the beverages will be swirled around the mouth and then spit out. With each panel assigned some 250 wines to evaluate, spitting assures that the judges can walk out at the end of the day, rather than having to be carried out.

Different panels are assigned different types of wine. Panel 1, for instance, may be sampling pinot noirs at the same time Panel 7 is evaluating rieslings. Particularly large classes–such as chardonnay, cabernet sauvignon, and merlot–may be divided between two panels.

Volunteer stewards–most of whom have taken wine education classes from the competition’s director, Dr. James Crum–uncork the bottles in another section of the room, separated from the judging area by dark drapes, then pour the elixirs into glasses and place the glasses on serving carts. Attached to the stem of each glass is a card that shows an entry number and other coded information.

This is a “blind” competition; the judges do not know the brands of the wines they’re sampling.

ONCE ALL of a panel’s judges have swirled and spit all of the wines in a given flight, the group leader surveys the panel for award recommendations. If two judges say a wine deserves a gold medal and the third judge says it deserves a silver, the golds have it. If two judges believe a wine deserves a silver and the third judge opines it merits no award, the panel will typically retaste the wine, discuss its merits (or lack thereof), and then come to a consensus on the award.

Depending on the number, gold-medal winners within a specific category often are retasted at the end of the day to determine a “Best of Class” winner. All “Best of Class” wines then advance to what is referred to as the medal round, during which all 27 judges taste all of the honored wines. It is during this round–the climax to the competition–that the best white, best red, best sparkling, and overall best wine of the show are determined.

Occasionally a certain degree of intrigue accompanies this round. This year, for instance, just before the final vote, a handful of stewards kept a watchful eye on Geyser Peak winemaker Daryl Groom, since his 1998 sauvignon blanc had earned the Best White award and was one of only three wines still in the running for “Best of Show.”

The other two wines up for top honors were the Gloria Ferrer 1990 Carneros cuvée brut–another Sonoma County entry–and the Zingaro 1997 zinfandel from Mendocino County.

During the “Best of Show” voting, conducted classroom-style via a simple raising of hands, it was noted that one sparkling-wine vintner voted for the sparkling wine–no doubt a case of protecting his turf and perhaps a certain anatomical location as well. Alas, the sparkling wine received only a sprinkling of votes.

That left only the Geyser Peak sauvignon blanc and the Zingaro zinfandel in the running. When judges opting for the sauvignon blanc were asked to raise their hands, Groom sat silent. When it came time to vote for the zinfandel, Groom’s right hand went up.

Fortunately for Groom, he was in the minority. A majority of judges voted for Geyser Peak’s sauvignon blanc. When the identity of the “Best of Show” sauvignon blanc was revealed, all eyes turned toward Groom. He did not appear shocked, nor did he look surprised; he simply smiled broadly and graciously accepted the accolades of the group.

Did Groom know that was his wine? And if he did know, when did he know it?