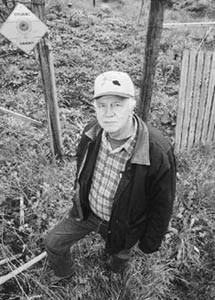 Has the USDA slaughtered organic farming?

A SKED WHY he chose to grow food organically, Scott Mathiesen, owner of Laguna Farms in Sebastopol, replies, “Because there’s just no other way.” But the meticulous process to which Mathiesen is so ardently committed is being challenged by less stringent standards put forth Dec. 16 by the United States Department of Agriculture–ironically at the behest of organic producers themselves, who had hoped for more stringent regulations.

If the new rules go into effect, farmers say, the organic label the public has learned to trust will have no meaning. “A chicken raised in cramped conditions, fed inorganic feed that was fertilized with sewer sludge, given antibiotics, and then irradiated, could be sold as organic,” says consumer activist Patricia Dines, who addressed a packed Feb. 25 meeting of local organic producers and consumers at the Sonoma County Farm Bureau. “That’s not the public’s idea of an organic chicken!”

The meeting was called to brainstorm strategies to block the proposed regulations, which have met with unanimous opposition from the organic community nationwide. At stake, spokespersons say, is the future of a $4.2 billion industry built up over the past 25 years. The lion’s share–some 50 to 80 percent of the crop–is produced in California. Sonoma County alone tills 2,341 acres, yielding $5 million in sales last year, a much bigger hill of beans than organic publisher J. Rodale was looking at when he set forth the first certification standards for organic food in 1971.

Because of the growth of the industry, farmers had asked for a uniform set of national rules. Congress adopted the Federal Organic Farm Production Act in 1990, authorizing the National Organic Standards Board to establish the guidelines.

“There was a lot of consensus building within the industry,” says Kate Burroughs, co-owner of Harmony Farms in Graton. “I really felt the NOSB was able to bring together a lot of divergent opinions and make regulations the industry could live with.” The USDA chose to ignore most of them. Hence the furor, which has stunned federal officials with nearly 5,000 letters, faxes, and e-mail posts rejecting the rules–and the outcry, opponents say, has just begun.

Last week, Rep. Lynn Woolsey, D-Petaluma, wrote Secretary of Agriculture Dan Glickman, charging that the new standards will “threaten the integrity of the organic process in our state.” Staggered by the vehemence of the opposition, the USDA has extended the comment period to April 30 and chosen a new acting program manager, Keith Jones, purported to be more sympathetic to the organic foods industry.

Marin Agricultural Commissioner Stacey Carlsen, who participated in the NOSB process, reports that the state board has now received 460 comments, all but one of them opposed to the new rules. He believes the entire package of regulations should be thrown out. “They don’t address the process the organic community wanted. The model varied way too far from its intent.”

“The NOSB was supposed to say which materials were allowed,” says David Letourneau, chairman of the government affairs committee for California Certified Organic Growers. “But these regs are allowing substances that the NOSB specifically prohibited,” including nicotine sulfate, a highly toxic insecticide used in greenhouses; sodium fluoroaluminate; and four cotton defoliants sprayed to control weeds. Seeds may be treated, and chemical fertilizers would be permitted. Pressure-treated wood, which leaches arsenic into the soil, is another item the NOSB prohibits, but the USDA permits.

Burroughs says, “It’s as though you gave the USDA the right to regulate kosher food, and the first thing they said was, ‘Pork is OK’!”

Dines calls it “slaughtering the chicken who laid the golden egg.”

The rules do not address irradiation, sewer sludge, and genetically engineered foods. Specifically prohibited by the NOSB, the “big three” are receiving most of the attention in the press, but critics allege that the USDA is using them as a smokescreen to cover up small inconsistencies sprinkled throughout the hefty document.

Does anybody support these rules? John Westoby, assistant agricultural commissioner for Sonoma County, couldn’t think of anyone. Neither could Carlsen. “I think they stink,” says Dan Benedetti of the Clover-Stornetta dairy. “They have eliminated one important aspect, the people of this country. What we eat should not be beyond our control. It’s up to the people to decide what they consider safe.”

For that reason, Benedetti believes that public reply is “crucial.”

Why did the USDA choose to dilute the hard work of the board? Critics charge that the agency has violated the 1990 law, which gave the NOSB sole authority for setting standards, and has set itself up for multiple lawsuits. “The USDA was not authorized to change the definition of organic,” insists Dines. No one really knows why the USDA has turned on them.

Some believe it was unduly swayed by agribusiness, which are heavily invested in genetic engineering. “The USDA is a proponent of genetic engineering,” charges Letourneau. Others, like Burroughs, shy away from such conspiracy theories, calling them “cynical.”

Michael Hankin, senior marketing specialist for the USDA’s organics program, says the agency has adhered to the NOSB’s guidelines, noting that “only seven” subtances prohibited by the NOSB have been allowed in the proposed new regulations.

IN ANY CASE, not all the alterations were done by the Department of Agriculture. The federal Office of Management and Budget dropped a full 200 pages, which dealt with restricted materials (ash, chlorine, antibiotics, certain sanitizers, and disinfectants) because their legality was open to question.

Any benign intent the government might be presumed to possess in this matter is shadowed by the document’s labeling clause that specifically prohibits the marketing of a purer product under some other eco-label, a necessary alternative for producers choosing to adhere to current higher standards. But organic growers don’t want to surrender the O-word to a weaker standard, anyway.

“We’ve worked hard for organic,” says Mathiesen, whose own standards are so high that he calls his produce “beyond organic.” Mathiesen expects to survive by continuing to sell directly through farmers’ markets and Community Supported Agriculture, in which individual subscribers receive weekly baskets. But he fears other farmers may be forced to shut down.

Asked how he would be affected, local organic farmer Shepherd Bliss says he would be pressured by an upsurge of competitors whose food is not organic. “It’s not just the product, but the process by which it is grown,” he explains. The care, the stewarding of the earth “feeds my soul. That’s what organic food is about.”

Says Ernie Shelton, owner of Food for Thought groceries: “The way these rules are written has nothing to do with the bigger picture of environmental well-being or the magic of organic farming because they don’t know how to define magic at the USDA.”