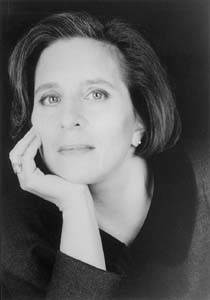 MONICA SZABO has raised her twin daughters to a righteous adulthood, teaches art at a college in New York city, and paints as her passion dictates. She’s 50-something, has had one husband and doesn’t want another, has close friendships, and loves to cook, run in the park with her dog, and make love. Her guilt level is at an extreme low. Extreme, because she is a character made out of novelist Mary Gordon’s imagination. And all of Gordon’s characters–and at her own admission, even her own character–are defined by guilt.

Monica is the emancipated artist around whom Gordon’s newest novel, Spending (Scribner; $24), revolves. Slyly subtitled “A Utopian Divertimento,” Spending follows the surprising turnaround of a make-do female painter whose life is upended when she finds B, a male patron who not only loves her work, but wants to love it up the old-fashioned way: with cash.

Using B (his name is not revealed until the novel’s end) as her muse, Monica creates a series of works based on old-master depictions of a deathly Christ. However, she paints this elegant male form as suffering not the big death, but the little one. Titling her series “Spent Men,” Monica depicts postcoital Messiahs, drawn after B’s body, causing an uproar with the religious right and propelling her into the Schnabel-high firmament of stardom.

Loaded with sex, meals, swims, and long chewy passages about the process of painting, Spending is certain to hit the beaches with a tidal flow this summer. Gordon, whose 1978 novel Final Payments made her an overnight success at age 29, continued her career with 1981’s bestseller The Company of Women, won the O. Henry award for short fiction in 1996, and received much acclaim for the 1996 memoir The Shadow Man, her autobiographical search for the true identity of the adored father who died when she was just 7 years old.

Now 50 herself, Gordon lives in Manhattan with her second husband and two teenaged children, and teaches literature at Barnard College. She appears Friday, March 13, at Copperfield’s Books to read from her latest.

From what we’ve heard tell, and from what the pages of Mirabella would have us believe, 50 is a point of freedom for those women who have done the down-and-dirty of childrearing, particularly female artists. Do Gordon and Monica share in this sense of liberation?

“I’m guess I’m kind of excited, because I’m not sure that it’s really been written about in a somewhat serious way,” Gordon says by phone from her upstate New York vacation home, where she is resting in preparation for a seven-city tour. “I’m a feminist, and I’m not afraid to say that this is a feminist novel, because it’s as if feminism immediately means ‘joylessness’ to people, and I don’t think that this is it at all. People of my age have now accomplished a certain amount, and we’re not scratching at the door begging to be let in anymore. We’re in now, and we’re still young enough to enjoy it, and there are new sets of problems and challenges, but that’s where we are, as cohorts.”

Spending‘s shadowy B is a commodities trader–whatever that is; Monica never bothers to find out–whose paper shuffling has earned him millions. When Monica needs to see a work by Mantegna up close, B flies with her first-class to Milan. Heck, when Monica needs some time to regroup after her success, he flies with her first-class to Rome–for the weekend. She spends some time worrying about trading sex for B’s money, gnashing out the word ‘whore,’ but when she finally makes her own cash, she generously endows him. About spending on many levels, this novel frankly addresses the brokerage that couples enact.

“What I’m trying to talk about is what money can buy at a certain point in your life, and one of the things that money buys is time,” Gordon, who rises each day at 5:30 a.m. to write in longhand, says emphatically. “And time seems to me to be a really, really grueling issue for women: How do you make the space that makes the time? And I sort of cut through the problem of time by giving her money.”

But it is Gordon’s informed depiction of the painter’s life that brings Spending above the tidal mark of the beach book that it could be. Monica’s thought processes as she paints, her intention with the canvas, and her love of color all ring gorgeously true.

“One thing that I really envy my painter friends for is that they get to play with stuff, this physical stuff,” Gordon says. “It has this aspect of literal making in a way that something that you do with words doesn’t have. But with both painters and people who work in words, there’s always the problem of your vision never being able to be captured–that sense that no matter what you’re doing, it’s always a failed enterprise, that what is bodied forth in the world is never as absolutely ravishing as your vision.”

Gordon, whose scholarly work includes an incomplete dissertation on the writings of Virginia Woolf, ends Spending with a party that would have made Mrs. Dalloway proud (“Suppose that Mrs. Dalloway had to do all the work herself instead of just ringing Rumpelmayer’s … ,” Gordon chuckles). But Monica ends alone, in bed, hearing B leave the apartment, secure in the knowledge that he will return, but not wishing a more complete union. Isn’t Gordon shortchanging her character of love and marriage?

“She’s not a young woman,” Gordon answers thoughtfully. “And I think that that dream of total immersion is essentially a young woman’s dream. As you get older, solitude becomes a voluptuous entity in itself, and you almost yearn for solitude in the way that a younger woman yearns for complete union.