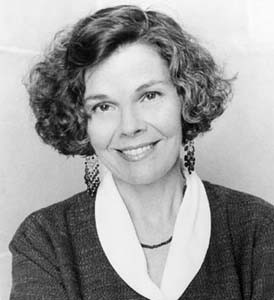 Spirit’s slake: Carol Flinders pairs theory with practice in At the Root.

STANFORD IN THE EARLY ’60s wasn’t exactly a hotbed of spiritual exploration. But that’s where Petaluma author Carol Lee Flinders got her start, taking every course that had even a whiff of religion in it. “It was very slim pickings, of course,” she says of her early search. “But I remember a course on the theological novel of modern Europe that was taught by a man of really visible spirituality, which was what I was looking for.”

Flinders went on to UC-Berkeley to pursue medieval studies, specializing in women mystics, and devoted the rest of her time to Eastern Indian meditation. Her extensive background in and obvious love for both disciplines is part of what makes her newest book, At the Root of This Longing: Reconciling a Spiritual Hunger and a Feminist Thirst (HarperSanFrancisco; $21), so satisfying.

Flinders’ commitment to meditative practice began when many other women were making a different commitment … to feminism. Yet she felt she was being true to her incipient feminism, and not only by choosing a teacher with a matrilineal heritage and a powerful affinity for Mahatma Gandhi’s feminist-leaning philosophies. “I thought that if I could take care of the basics–ego, greed, anger–the rest would just fall into place.”

Flinders soon moved to a meditation center near Petaluma and continued research and teaching at UC-Berkeley. But conversations with her female students, and her own lingering anger, slowly stirred her out of her quest for egolessness into a fierce inner meditation/mediation between two seemingly contradictory forces. “It was like being close friends with two people who couldn’t seem to be in the same room together,” Flinders says. “You can work around it for a while, go out with them separately. But at a certain point you get very impatient with that. If you love them both, they should be able to talk.”

Over the course of many years, Flinders did get her two sides to talk. At the Root of This Longing is essentially a record of that dialogue, revealing what she calls “the critical stress points along the interface between feminism and spirituality.” How, for example, can a woman quiet the mind through silence, as many spiritual disciplines demand, and yet find her own voice to speak out against injustice? Does eliminating ego mean staying a doormat, or can one find and retain an authentic identity? What about desire? Can a woman reclaim her body and its longings even while she restrains them for the sake of inner stillness? And how can one reach out to “take back the night” and stay inwardly focused at the same time? It’s a daunting list of opposites that Flinders succeeds in reconciling into a potently beautiful conceptualization of feminist spirituality.

What happens when woman’s spiritual nature is ignored or attacked is illustrated by a key point from the Mahabharata, an Indian epic. In the story, the Princess Draupadi is seized from her private chambers as the final prize in a royal gambling match. Her supreme faith saves her, but the chaos and destruction that follow constitute a clear warning of what happens to a culture that dishonors the power and gifts of its women. “What the Mahabharata means us to realize,” writes Flinders, “is that the desecration of women–of the feminine principle, for that matter–is the sign and symptom of a civilization that has absolutely lost its moorings.”

In these terms, Flinders argues, our society is far gone. It hit her with fresh force after the kidnapping and murder of Polly Klaas in 1993, a private tragedy that struck a public chord of grief. That Flinders had told the story of Princess Draupadi at a conference only hours before Richard Allen Davis broke into Polly’s bedroom was too brutal of a juxtaposition for Flinders to look away from: “I had to ask whether I was doing everything I could, whether feminism didn’t still have some urgency for me.”

Her answer (or answers) to this question conclude At the Root of This Longing on a uplifting note, one that she echoes again when asked about her further plans. It depends on the response from readers, she says. “I really want to start a conversation that would be very far-reaching and not even necessarily involve me,” she says.

That’s feminist “no me-ness” for you.