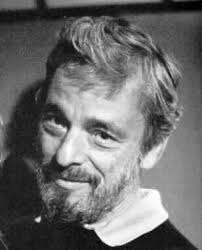 At age 79, Stephen Sondheim has seen it all, from commercial successes like Sweeny Todd to underappreciated flops like Anyone Can Whistle. He’s been in Hollywood, on Broadway, off Broadway, studied under Oscar Hammerstein, collaborated with Richard Rodgers, served as president of the Director’s Guild, raked in royalties for “Send in the Clowns,” and now, at the end of it all, he rests. And talks. If Sondheim had only written the lyrics to West Side Story, he’d be a household name, but consider Gypsy, A Funny Thing Happened on the Way to the Forum, Into the Woods, A Little Night Music and the brilliant Assassins, and it all adds up. He is, without a doubt, a Broadway legend, and he appears in a conversation with acclaimed director Peter Stein to display his verbal genius and discuss a distinguished career on Saturday, Oct. 24, at the Wells Fargo Center. 50 Mark West Springs Road, Santa Rosa. 8pm. $49–$69. 707.546.3600.Gabe Meline