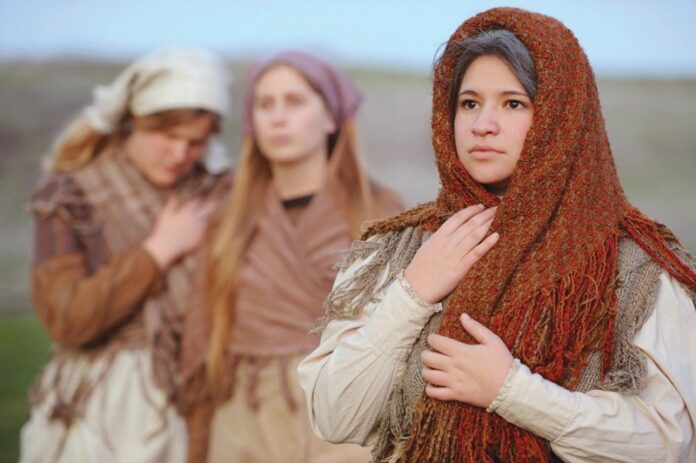 Haydn and Vaughan Williams at SSU

New experiences are a major part of why students go off to school. The same, one could argue, is true of the theatergoing public.

This year, SSU’s theater arts department has been producing a string of performances all based on the subject of water, from environmental issues to this month’s production: two little-known one-act operas, both set on inhospitable islands. Titled Island Passions, the operatic two-pack runs daily through Sunday, Feb. 17, at the Evert B. Person Theatre.

Joseph Haydn’s tuneful morsel The Deserted Island is so thin, plotwise, it could be summed up in a haiku: two sisters marooned / on a deserted island / find rescue and love. Vaughan Williams’ weightier Riders to the Sea takes place off the coast of Ireland, where a grieving widow waits to learn the fate of her last two sons, her other four having already been drowned at sea.

Gracefully directed by Danielle Cain, featuring a first-rate orchestra under the direction by Lynn Morrow, each mini-opera features students from SSU’s music department, many taking a first stab at acting onstage. For some, audience and students alike, Island Passions provides a tantalizing first taste of opera, as new and exciting as a spontaneous island holiday.

Island Passions runs through Feb. 17 at the Evert B. Person Theatre at SSU. See www.sonoma.edu for details.