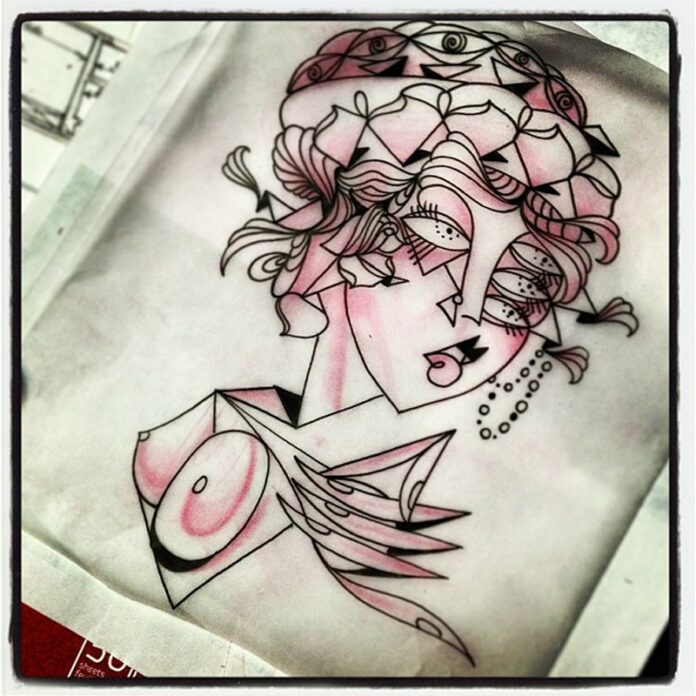 Not So OK, Cupid

In a small town, online dating can sting in big ways

To its millions of users, OkCupid might seem like the hip younger sibling to online dating sites like eHarmony or Match.com. The free site will welcome you with an illustration of a woman whose feathered bangs and chic boots connote certain keywords—urbane, maybe. Worldly. She’s less Michael Bay and more Michael Cera, less Axe body spray and more post-yoga patchouli musk. She looks mellow—like she might just make an exception for you.

And then there are the fun surveys, which one local woman likens to Cosmo quizzes. What’s your sign, and how important is astrology to you? Would you rather be normal or weird? Would you date someone who does drugs, and, if so, would you prefer only “soft stuff like marijuana?”

But what if the place you live isn’t exactly urbane? Or worldly? What if it’s Sonoma County, and the guy you’re meeting online is, say, the same guy two of your friends have already dated?

“The pool is just so small,” says Louise. (Note: for the sake of the interviewees, all names in this piece have all been changed.)

The Santa Rosa resident describes selecting an age range from 28 to 40 and looking for men within 25 miles. The search turned up eight pages of eligible guys.

“I don’t want to date my friends’ ex-husbands,” says Margot, another Santa Rosa single girl, who says she’s gone out with people mainly down in the city and in the East Bay to avoid such awkward situations.

Which can get creepy fast.

“You can ‘wink’ at people on there,” says a third Santa Rosa dweller, Kate. “It’s like poking people on Facebook. To have some guy who’s dating a friend of mine and supposedly in a committed relationship winking at me on OkCupid just makes me feel like I need to go take a shower.”

Local users describe the site in language similar to any encounter filtered through a two-dimensional screen, where user profiles can be edited to reflect a reality that in actuality might not be so real.

“The men that I’ve connected with, they’re all rebounding or heartbroken and just want a quick fix with the woman with the hottest pictures up,” says Kate. “It’s like a fantasy; they want to fill that loneliness with some kind of attention.”

In Louise’s experience, this casual atmosphere was a positive at first. She’d recently gotten out of a 19-year relationship herself, and had little experience with dating.

“I basically didn’t wait for anyone to approach me,” she says. “I’d find five to eight people who looked interesting and write them a quick note. I was just open about it.”

But eventually, the then-39-year-old started to notice a bizarre pattern.

It happened when she was messaging a 40-year-old man who lived locally. “I saw something that I see all the time, but it was the first time I noticed it,” she recalls. “At the very bottom of his page it said [the age range] he was looking for: 18–25.”

“When you’re older and you’re online, it tends to not go your way, because men your own age tend to look for younger women,” Margot, 42, agrees.

“If I’m out in the real world, I’ll get hit on by guys my own age and guys younger than me, somewhat frequently. I seem to get attention. But online there’s a different set of qualifications.”

And according to the three women, this disconnect between reality and internet fantasyland can get much, much stranger.

There’s the goth guy who likes to walk women around town on leashes. The guy who’s constantly changing the city where he supposedly lives. And then there was Kate’s boyfriend, who created a fake OkCupid account while they were still in a relationship and secretly tried to get her to cheat on him with . . . his online self.

“Every single section in there was catered specifically to my profile,” she says. “Like [he wrote about] this obscure East Bay band, Our Lady of the Highway, which hasn’t played together for, like, 10 years. He sent me four messages within a 12-hour period, two really late at night and two really early in the morning, begging me to contact him.”

Two months later, she says, he admitted what she already knew—that it was him.

“That kind of spooked me,” she says. “It made me wary, like anybody can have an OkCupid account. It really freaks me out that someone could just be out there to fuck with you.”

Louise used the site for six to eight months—dated someone for a month, someone else for two months—and then met a guy in real life. That lasted a year, and then she went back to the site. Her second time on OkCupid—post–difficult breakup—was wildly different than her first, and she only used it for 10 days.

“I just kind of wanted some distraction, but I understood what my friends had been saying about it,” she says. “Before, I had just been having fun. But the second time, I was like, ‘I don’t want to put myself out there. I just got stomped on.’ It’s scary to get disappointed so many times.”

“I didn’t have a negative experience with it,” says Margot, who was only on the site for roughly a week. She had one date, she says. “I just kind of realized that I didn’t really feel like dating online. It felt like a lot of work. After you go on the date, then you have to think about, well, are they going to call me, or is this going to turn into a relationship?”

“When you just want to have fun, and you’re not looking for Mr. Right and the clock isn’t ticking and you’re really open-minded, that’s the best way to use online dating,” says Louise.

But after several years in the real dating world, she says, “It just wasn’t fun anymore.”