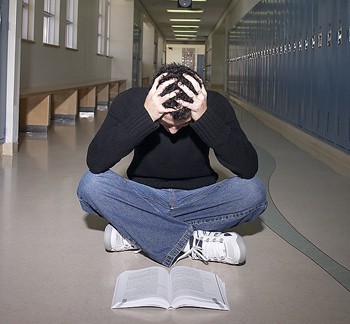 No Child Left Unharmed: The March 8 measures aim to make up in part the education shortfall that the state’s ruinous cuts have wrought.

Sizing up the upcoming special election

Nothing says “low voter turnout” like an off-season special election with no national, state or countywide candidates or issues in play. Nevertheless, the results of the upcoming election will have a profound impact on citizens, from children to seniors, in all three counties, and there’s plenty of reasons to get out there and vote on March 8.

The Napa mayoral contest is perhaps the special election’s most interesting race, pitting maverick newspaperman and longtime Napa City Council member Harry Martin (see Feature) against his equally long-serving council colleague, Jill Techel. It’s shaping up to be a classic battle between the two Napas–the haves and the have-nots–with Techel receiving the majority of her support from downtown business interests and Martin representing the working-class and the small-business set. Wildcard progressive candidate Vincent “Grasshopper” Blake, a staple on Napa Television Channel 28 who has accepted no campaign donations, plays the role of spoiler.

“I compare this to the Bush-Gore election in 2000,” says Blake, who earned his sobriquet playing football in high school. “It’s going to be very close, and I’m Ralph Nader.”

One of the chief obstacles facing the new mayor will be the city’s budget deficit, currently estimated to be $18 million. Blake proposes a countywide sales tax of 3 percent on every glass of wine sold to address the shortfall. Martin advocates a small bump in the city’s sales tax. Techel’s office was unavailable for comment.

Two city council seats are also up for grabs in Napa; nine candidates have thrown their hats into the ring. Businesswoman and educator Dee Cuney calls herself an “independent, cut-to-the-chase leader.” Logistics specialist Chris Edwards is the first openly gay candidate to run for city council in Napa.

Affordable-housing advocate Rachael Frank-Clark seeks to represent “blue-collar and working-class citizens” if elected to the council.

Bartender Brent Houghton, apparently the strong, silent type, declined to enter a candidate statement. Planning commissioner Jim Krider wants to “play a leading role dealing with our current and serious budget problems.” Contract office administrator Pat Rogers, who has a degree in business, says that’s a role she wants to play, too.

Joe Salerno, co-owner with wife, Cathy, of Piccolino’s Italian Cafe, has a “vision for the future that carries forth the traditions of the past and will help us positively manage the changes the future always brings.” Full-time mother Gina M. Thirnbeck, easily the youngest candidate at age 22, says that because of her “adventurous lifestyle, I feel as though I would be able to connect with each and every citizen with no prejudice.” Community relations consultant Mark Van Gorder wants to create “a more family-friendly city for all to enjoy.”

It’s no secret that education in California is in big trouble. The state, once solidly situated in the Top 10 nationally in per-pupil spending prior to the passage of Proposition 13 in 1978, has been mired near the bottom ever since, and currently ranks 44th. Gov. Schwarzenegger’s reneging on his promise to return $2 billion borrowed from the schools to help balance last year’s state budget merely added insult to a system that has already been injured by $10 billion in cuts over the past four years. One result of education’s continuing crisis at the state level is the 10 measures on Sonoma County’s special election ballot, all of which seek to raise parcel taxes in order to fund school programs.

“The parcel taxes are about the only way we can raise money locally,” says Jim Horn, spokesperson for the Friends of West County Schools, which represents six Sonoma County school districts with measures on the ballot.

The 10 Sonoma County measures, lettered A through J and proposing annual amounts ranging from $26 to $97, seek to extend previous parcel taxes scheduled to expire with the singular exception of Measure D, which seeks to increase Gravenstein’s existing parcel tax and modify its expiration date to conform with the other Sonoma County school districts.

How does a parcel tax work in actual application? Horn explains that Gravenstein, where he is a trustee, lost some $50,000 in state funding last year. Currently, the district receives $65,000 annually from its existing $36 parcel tax. By raising the tax to $52 per parcel–an amount that was deemed tolerable through voter interviews–the district will raise an additional $30,000 a year. It’s not enough to make up the total shortage in state funds, but Horn says it should enable the district to extend foreign language classes to grade school, provide more library services and computer equipment and ensure that the district may keep its full-time music instructor.

Perhaps in recognition of the uphill financial climb Sonoma County’s school districts face, not a single argument against any of the 10 measures was submitted to the registrar of voters. In fact, Horn says that after representatives from the school districts met with the Sonoma County Taxpayers’ Association–which traditionally opposes almost any tax increase–the association decided not to oppose any of the measures.

Still, experience has taught Horn how difficult it can be to pass such measures. Gravenstein tried and failed to pass a parcel tax four times before the measure finally passed in 1997–by six votes.

To discover opposition to parcel taxes, one needs merely to travel to Novato, where Sara Lockwood, a mother of nine children, is helping lead the opposition to Measure A, which seeks to renew the Novato Unified School District’s tax of $155 per parcel for the next six years.

“It’s not fair,” she says, noting that because only four out 10 Novato residents own property, such measures are shouldered by the minority population of homeowners.

Lockwood was instrumental in helping defeat Measure A’s successor, Measure E, which failed by a slim margin last November. It’s rebirth in almost precisely the same form (Measure E sought $185 per parcel for eight years) in a special election estimated to cost the city $200,000 to $300,000 rankles her.

“It’s a matter of principle,” she says. “The principle being that we pay so much in taxes. It’s time that some of those taxes not be spent, and some of us are beginning to wake up.”

Furthermore, the district says that almost all the fat has been cut from its budget, and the only means to reduce at this point is to cut instructional programs.

Lockwood scoffs at the notion that there’s no fat to cut–what about teacher conferences and periodicals? she asks–and suggests that encouraging private philanthropic donations to organizations such as the Novato Foundation for Public Education would be more than enough to plug any budgetary gaps.This same scene–minus any visible opposition–is playing out across Marin County, where four out of the five Measures A through E concern funding for schools, with parcel taxes ranging from $150 to $289. Three out of the four school measures are parcel taxes, the fourth is a facilities bond for the Ross School District.

Lockwood is concentrating her efforts on rallying Novato Republicans to help defeat Measure A. Like Jim Horn in Sonoma County, she knows the battle is going to be close.

“Measure E was the only one that lost in November,” she says, proud that she helped defeat it. “Now my opponents are taking no prisoners.”

Every vote will count. As Lockwood notes on her website, in 1923 Hitler won leadership of the Nazi Party by just one vote.