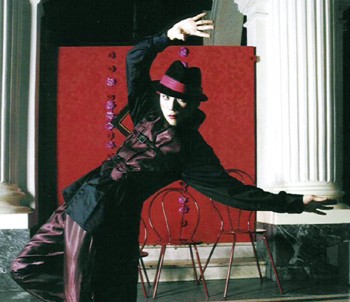 Wherever hip-hop lurks nowadays, it’s often quickly followed by the same tired critics expounding and complaining about the same tired issue: what is hip-hop? And what the hell is wrong with it nowadays? However, when you see former rap stars who shall remain nameless hawking cheesy leather interiors and chromed-out rims to the rhythm of their own soundtracks and videos rolling in the background, the question seems reasonable. If Lil’ Jon and the East Side Boyz are what we’ve got as an answer, no wonder the general public thinks hip-hop is a reflection of everything that’s wrong with the youth of today, while true hip-hop heads are left wringing their hands.

Nancy Prebilich offers up another answer to that question, one that glitters in gold, but without the bling: the North Bay Hip Hop Theater Festival, making its first annual splash Feb. 2-5 at the Cinnabar Theater.

That’s right. Hip-hop and theater, all in one breath. Classically trained in theater, Prebilich headed off into the thespian world with all the high hopes and dreams that aspiring actresses have. But when she didn’t find the roles she was looking for, she realized that she would have to create her own opportunities. After putting together various productions that combined spoken word, dance and theater, she returned to her hometown of Petaluma and got involved with the Cinnabar Theater, culminating in the first-ever hip-hop theater festival to happen in the North Bay. No gold chains, no million-dollar boat chases, no pimps and ho’s. Just spoken word, DJs, breakdancing and beatboxing. Now if only they had some graff . . .

Hip-hop theater as a genre is still fairly new (maybe five to six years old) and as with any experimental art form, is still undergoing changes and definitions. “Just by calling hip-hop theater a genre, and kind of throwing these things in there as we go along, is defining it,” explains Prebilich. “Hip-hop has such a negative legacy and connotation if you don’t understand it. People tend to think of the stuff they see on MTV or what corporations would have you think is hip-hop. When I think of hip-hop, I think of the conscious hip-hop that you can find on the street, in clubs, in basements, in the scene. And when you put [the genre] in a new environment such as theater, it starts taking on a unique form of its own.”

Combining evening performance with daytime workshops taught by the performers, audiences can choose from learning how to “pop” like a real breakdancer to beatboxing, sampling, writing poetry and performing drama. The artists come from all over the world and all ends of the hip-hop spectrum, including award-winning poetry-slam champions the Suicide Kings and the strange human synthesizer known as Kid Beyond. Repping New York, L.A., the East Bay, Germany, Chinese Americans and African Americans, among others, this medley of performers provide no simple catch-all identity, and dismantle the bottled caricature of the hip-hop movement as a homogenous, materialistic, “black gangsta” culture.

But can today’s MTV generation, spoon-fed on flashy, one-minute video clips and Paris Hilton, really be appreciative of experimental theater, even with the candy-coated sell of hip-hop as a draw?

Not always. Covering the recent Third Annual New York Hip-Hop Theater Fest, reviewer Steve Boone noted that “baffled teens” booed the Rennie Harris Puremovement troupe (slated to appear at the LBC on Feb. 7) during their artsy, avant-garde dance number. Sad, but unsurprising, since many younger people don’t understand the connection of spoken word to jazz and rhythm, and how they relate to what’s categorized as hip-hop.

And then there’s the problem of the “theater” crowd, those who pride themselves on being connoisseurs and turn their noses up at the invasion of their art form by Gen-Xers. Try selling them theater with a hip-hop edge and see who doesn’t end up crying foul.

“We actually got phone calls from some of our regular patrons asking us what this ‘hip-hop’ thing on the schedule was,” laughs Prebilich. “There’s been a lot of skepticism about who’s going to come watch. But think of it like this: what is the essence of theater? A story. People come to the theater for a story. And performers come to tell their stories. If you understand that and then start thinking about who the next generation of theater goers is going to be and what they’re influenced by, maybe it’s not such a crazy idea after all.”

The Petaluma festival is an independent endeavor and focuses on the basic elements of hip-hop in its purest forms: rhythm, content, music, dance and poetry. While the opening-day act of breakdancer Hypno is undoubtedly hip-hop, what makes Shantell Herndon’s Eden hip-hop theater? Reading its synopsis about “a young girl’s journey into adulthood,” it seems like the premise you’d find for almost any other movie or theater piece. But there are common threads.

“I look for pieces that reflect the individual in relation to this crazy society and world, and how it speaks on historical, political and social issues,” Prebilich says. “But outside of that, I look at rhythm, rhyme, the performer’s relationship with the musician, and consciousness–part of hip-hop is awareness, an active movement.

“I want skeptics of both the festival and hip-hop culture to come away with a greater awareness of what hip-hop culture is,” she continues. “And I want for young people or performers or those who are just new to theater to see that there is a place where they belong.”