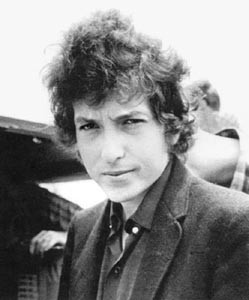 GRUNGE IS DEAD, but the acoustic backlash that trailed in its wake is still going strong. These days, acoustic music is sustained by a new generation of fans who are embracing roots rock, alt-country, folk, gospel, bluegrass, and country blues. Witness Moby’s use of vintage field-holler recordings last year on his acclaimed Play (V2), or Beck’s sampling of two tracks from ’60s folkie Mike Millius’ Desperado album on the 1996 breakthrough Odelay (DGC)–the working title for Beck’s song “Jack-Ass” from that album was “Millius.”

In recent weeks, two important collections of source material have hit the market: The Best of Broadside, 1962-1988 (Smithsonian/Folkways) is a five-CD set showcasing the cream of the ’60s folk revival, while Harry Smith’s Anthology of American Folk Music, Vol. IV (Revenant) is an astounding two-CD selection of vintage folk, bluegrass, gospel, blues, and Cajun recordings that helped feed the passions of those young folkies who first lit up the stages 40 years ago in the darkened coffeehouses of Greenwich Village and Cambridge.

The Broadside set, subtitled “Anthems of the American Underground from the Pages of Broadside magazine,” comes in an 8 1/2-by-11-inch ringed binder packaged in a hardbound portfolio. It is as much an homage to the adventurous publication–a prototype alternative newspaper, begun in 1962 in a cramped rent-controlled apartment in New York City in the aftermath of the 1950s persecution of the New Left–as it is a tribute to the music of the times. As Smithsonian/Folkways musicologist Anthony Seeger explains in the collection’s exhaustive liner notes, the magazine, comprised of stapled mimeographed pages and costing 35 cents, took its name from the Shakespearean-era term for the sheets of paper on which songwriters published their latest songs, “sold in the streets to eager buyers who would savor the boldness of a writer and the scandalousness of the material.”

In 1962 and over the ensuing years, there was plenty of scandalous material for songwriters to focus on: the civil rights abuses, the spread of nuclear weapons, government deception, and widespread poverty in a land of plenty.

Indeed, the magazine had a rich legacy and a suitably broad interpretation of protest music–Broadside in 1971 published the lyrics of Black Sabbath’s “War Pigs,” by Ozzy Osbourne’s seminal heavy-metal band.

The 89-song Broadside CD set is the story of the New Left and a half century of resistance and struggle that saw the emergence of the women’s movement, gay rights, labor battles, growing dissent over the Vietnam War, and a simmering discontent with suburban sprawl and the vapid values of middle-class life.

It’s also the history of America at a turning point in the second half of the 20th century, the soundtrack for “the unwashed” (to quote Ed Rush, one of the originators of the religious parody “Plastic Jesus”), those college kids, middle-class drifters, and hedonistic bohemians who frequented posh folk clubs and dark coffeehouses during the early to mid-’60s.

Among the notable artifacts included in the collection are:

* A 1962 recording of Dylan’s “Blowin’ in the Wind,” performed by the New World Singers.

* A recording of the civil disobedience anthem “Go Limp,” penned by Alex Comfort, better known for authoring the Joy of Sex book series.

THE TWO-CD Harry Smith Anthology is an artifact in its own right. This “secret volume,” compiled nearly 50 years ago by idiosyncratic scholar Smith and forgotten at the time of his acclaimed 1952 multi-LP set for the original Folkways label (which served as a major source of material for the ’60s folk revivalists), was left out of the anthology’s highly publicized reissue three years ago.

This little gem is packaged in a hardbound jacket. It features an interview with Smith and essays by Greil Marcus, Ed Sanders of the Fugs, and John Fahey. It also includes tracks by the Monroe Brothers, the Carter Family, Robert Johnson, Bukka White, Lead Belly, Sleepy John Estes, and Memphis Minnie–all recorded between 1928 and 1940.

It is an essential set for any serious collector of Americana–and required listening if you just have a hankering for freewheeling hillbilly music.

As Rolling Stone noted at the time of the 1997 reissues, “It’s impossible to overstate the historic worth, sociocultural impact, and undiminished vitality of the music in [Harry Smith’s Anthology].”