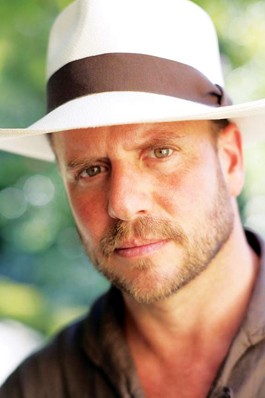 For two years now, Festival del Sole has impacted our small region like a 10-ton asteroid of the arts. Suddenly, an unparalleled summertime festival offers appearances by top names in the classical field, the food world, the fine arts and the winemaking profession, interwoven together by a weeklong program in the Napa Valley. Picking and choosing which events to attend can be deliciously overwhelming, but in the vision of Festival del Sole founder Barrett Wissman, there’s no scaling back on excellence.

“My dream was always to have a festival that could really reinvigorate communities with the arts,” says Wissman from his home in Texas. “That’s the basic purpose. People ask me why I don’t go a little bit slower, why I don’t do just three concerts in the first couple of years, but then you don’t establish quality and depth.”

The idea for a multi-artisan festival first came to Wissman while walking around the small village of Cortona, Italy, with his newlywed wife, Russian cellist Nina Kotova. “We were in the town,” he says, “and one day, looking at the old theater—it was hardly used for anything—we thought to ourselves, wouldn’t it be clever and interesting to enliven the town by doing something like this? I like several different art forms, not just music, and I find that they complement each other. I think these days, everything is going so fast in the world that people take little time to enjoy these sorts of things.” Thus, the first incarnation of Festival del Sole was begun in a small Italian town.

Wissman himself started out as a concert pianist before a lucrative run in hedge funds and venture capital in the 1990s; he recently acquired a majority share of IMG Artists—a talent agency with a huge roster of classical talent—positing him as the perfect initiator of such an undertaking. After three successful years of Festival del Sole in Cortona, Wissman happily turned his eye to establishing a sister festival in Napa.

“Napa is the perfect place,” he enthuses. “It’s close to a metropolitan area, there’s a lot going on, there’s an audience, it’s a national and international destination. And though there’s lots of wonderful things going on in the North Bay, arts-wise, there’s nothing that’s a concentrated event like this.”

“We’ll always use the Lincoln Theater—it’s a perfect space—but eventually, to do some things outside in the evenings would be wonderful,” he says, adding suggestively that he “may have to build it.” But Wissman is especially fond of the ability to give classical artists a world-class reception in Napa; they appear for small fees, Wissman says, but “the important part is that they have been embraced by the community, and that they love coming.”

Wissman plans on continuing Festival del Sole for years to come, and hopes to attract more local residents from the Bay Area with each season. He admits that the process of maintaining and expanding an already staggering festival is hard work. “But if it were easy,” he says with trademark determination, “then it wouldn’t be high quality.”