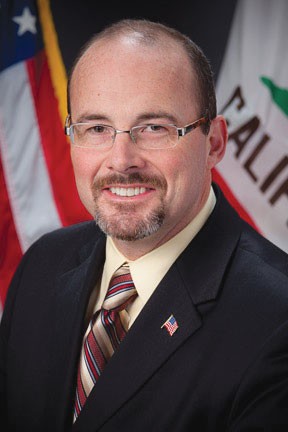 Tim Donnelly wants to be governor

Donnelly, a GOP candidate for governor who represents California’s 33rd District, said his eyebrow-raising accusation was made in the context of Obama’s gun-control policies. Obama-as-Hitler comparisons are nothing new in this, the sixth year of his presidency. In that time, the Twin Peaks–based lawmaker has clearly learned the Tea Party trick of character assassination by way of meat-fisted obfuscation: see, he wasn’t comparing Obama to Hitler, per se, but it’s just that they both support “taking your guns away”—and you know where that can lead.

Faced with criticism over the Hitler comparison, Donnelly doubled-down and accused Obama of being a dictator. Donnelly himself had his gun taken away, as numerous press outlets have reported, when he tried to bring a loaded Colt .45 handgun onto a Sacramento-bound airplane in Ontario in 2012. At first he claimed that he’d forgotten he was packing, then danced around questions from the Sacramento Bee about whether he had a concealed weapons permit (he didn’t) before accepting a plea deal that included three years of probation on misdemeanor gun charges. A Feb. 25 report in the L.A. Times noted that the gun wasn’t registered to Donnelly, but to an elderly woman in San Bernardino.

Donnelly will square off in a June GOP primary against Neel Kashkari, the telegenic former U.S. Treasury official who gained national attention for his congressional testimony following the 2008 near-collapse of the American economy.

The Napa Republican Party didn’t respond to inquiries from the Bohemian. Nor did Donnelly.
—Tom Gogola