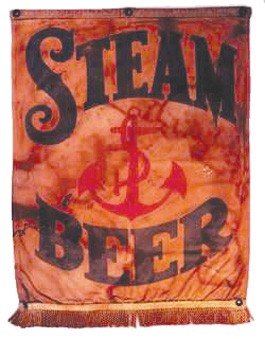 Heir to the appliance dynasty that bears his surname, Fritz Maytag was a restless Stanford graduate in the early ’60s who occasionally liked to sip San Francisco’s own Anchor Steam beer. When he heard that the company was in trouble, he purchased a 51 percent share of it in 1965 and then quickly devoted himself not only to fixing the brewery’s problems (the beer often went sour) but, surprisingly, to limiting production. Three years later, he bought the whole shop.

Realizing that quality far bested quantity, Maytag’s biggest innovation in the microbrew industry was to make less beer. Demand so far outweighed production that he finally began to teach others how to microbrew, and so a fond explosion was founded. Maytag joins Hopmonk Tavern owner and beer master in his own right Dean Biersch for a special brewmaster’s luncheon on Sunday, Feb. 1, at 1pm. A four-course meal matched with Anchor Steam beers, this memorable pre-game (we hear they’re playing some football that afternoon) meal is just $45 and reservations are a must. Call 707.829.7300 to reserve.

For 21 years, Rodney Strong Vineyards has hosted its Wine and Chocolate Fantasy in celebration of Valentine’s Day, and this year’s event promises to be a doozy, featuring the jump-jive boogie of Mitch Woods and His Rocket 88s, chocolate cooking demonstrations by Zin chef-owner Jeff Mall and a full spectrum of artisanal chocolates and other delectables, all paired with plenty of good dead grape. This event always sells out the pink-bedecked tasting room, so now is exactly the time to get your $40 ticket. 707.431.1533.