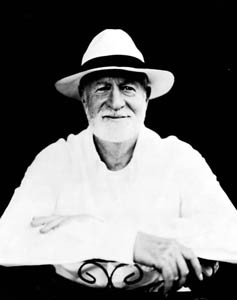 Back Catalogue: Everything old is new again for jazz pianist Mose Allison.

Count Mose Allison among the adherents of the “if it ain’t broke” school. Now a spunky 77, the veteran jazz pianist sees little reason to do anything much differently than he has for most of the past half-century.

Married for 52 years, and a Long Island resident since 1963, Allison continues to tour regularly, if not quite as frequently as he once did. “As long as I can get work, I enjoy doing it,” he drawls by phone from his home a few days before returning to the West Coast for a short string of club dates. “The travel is getting to be a little more of a pain, but once I get to the place and sit down at the piano, I always have some fun, try to get as much out of it as I can, and try to make the music happen. And that takes a lot of concentration; it doesn’t happen on its own. So it’s a challenge every night.”

When he faces that challenge in SSU’s Evert B. Person Theatre on Feb. 7, Allison will be flanked by drummer George Marsh and bassist Mel Graves, both members of the university’s music faculty. But this is no quick pickup gig. “I’ve been playing with Mel for 25 or 30 years,” Allison says, “and with George, almost that long. We go way back. I’ve played with them once or twice a year, every year for a long time.” The trio will also work together for a three-night stand at Yoshi’s in Oakland following the university date.

Will they gather to practice first? “I don’t rehearse,” Allison scoffs. “Jazz is not supposed to be rehearsed. A lot of people do it, but the jazz part is the part you can’t rehearse.”

Allison’s most recent recordings, a pair of live sets taped in London in 2000, show him romping through his own memorable compositions and a handful of standards, with his casually ferocious post-bop piano breaks assuming a stronger role than his offhand vocal stylings. But he emphatically rebuts a suggestion that his instrumental work is getting increased emphasis.

“No, man, I’ve been doing the same amount of instrumental versus vocal stuff for 40 years,” he declares, a hipster energy melding with the soft Southern cadences that reveal his youth in rural Mississippi. “It’s just that the record companies wouldn’t record my piano playing for several years. They were only interested in vocal stuff. So if you only heard the early records and you come to see me, you’re gonna be surprised.”

Idiosyncratic original tunes, such as “Your Mind Is on Vacation,” “Ever Since the World Ended” and “Everybody’s Cryin’ Mercy” have been part of Allison’s concert repertoire for years, but lately he’s enjoyed reaching deeper into his back catalogue. “There’s a lotta songs that I feel have made a comment about something that’s actually happening right now but that I did a long time ago, so I’m trying to do some of those tunes,” he explains.

With more than 150 compositions to his credit, Allison rarely writes anymore, and feels little drive to do so. “I’ve expressed most of my attitudes, and I don’t really have anything new to say,” he shrugs. “Some of the tunes I do now that I wrote 35 years ago, people think I just wrote ’em.

“Besides, somebody asked Thelonius Monk one time when I was around him if he was writing any new songs, and he said, ‘Man, I’m waiting for somebody to listen to the old songs.’ That’s my position. I’ve written a lotta songs that nobody’s every heard of.”

For Allison, writing is such a personal process that he flatly says he has never collaborated on a song. But given the unusual confluence of influences he embodies, maybe that’s not surprising. “I always tell people that my inspirations are the idioms of the Mississippi Delta, which is skeptical, ironic; the jazz musician lingo; and then on top of that, [being a former] English major. Those three things influence a lot of my songs.”

When it comes to tracking the ever increasing number of cover versions of his better-known material, which has been covered by such notables as Eric Clapton, Elvis Costello, Van Morrison and the Who, among others, Allison laughs a bit ruefully, “I try to, because I’m supposed to get paid for that.” But beyond that, he is not invested in how others deal with his tunes.

“If they credit me with writing the song and pay me the legal price, I’m happy. I don’t care what anybody does with my songs other than that, because I do what I want with other people’s songs, pretty much.”