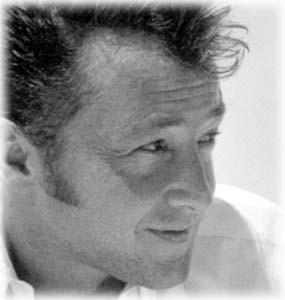 Lord of the Flies: Michael Flatley flies in the face of ethnic diversity and the higher arts as ‘Lord of the Dance.’

Flatley and the fate of public television

MICHAEL FLATLEY’S “Lord of the Dance” is one of two wildly popular dance reviews based on traditional Irish step dancing; “Riverdance” is the other. Both enjoy sold-out tours, but have found even larger audiences in video-taped incarnations. Millions of the tapes have been sold, and airings of “Riverdance” and “Lord of the Dance” have been raking in dollars for affiliates during public television pledge drives. Flatley, one of the stars of the original “Riverdance,” split with that company to form his own troupe; publicity materials cite the usual “artistic differences” as the reason (in fact, Flatley was fired).

“Riverdance,” the earlier of the two productions, celebrates folk dance and music in a multicultural setting; advertisements audaciously announce that the show is “nothing less than the story of humankind.” Presenting Ireland not only as the birthplace of immigrants to the New World, but also as a nation founded by immigrants, “Riverdance”–which airs Friday, June 6, at 9:30 p.m. on KRCB channel 22–includes Spanish, Russian, and African-American dance and song traditions. Step, tap, ballet and flamenco dancing are interspersed with solo and choral vocals, as well as (maybe a little too much) flute playing.

Despite a certain musical blandness and the safe, unobjectionable nature of its “up with people” politics, “Riverdance” offers folk art that is still recognizable as such.

“Lord of the Dance” is another story. Here the folk dancing and music are buried under the trappings of a music video. In stage decoration best described as Celtic metal, runic banners hang from the ceiling, while the back of the stage is lined with dungeon bars reminiscent of a Mötley Crüe video. Slow-motion sequences capture particularly athletic leaps and flourishes; a camera has been positioned beneath a Plexiglas square of flooring, enabling shots of dancers from below. The lighting is insistently atmospheric: at times banks of lights flood the stage; at others, smoke-shrouded lasers are the only illumination.

Like a music video, “Lord” is heavily edited; frequent cuts destroy any sense of continuity in the show.

While “Riverdance” is an ensemble show with stand-out performers, “Lord” is clearly Michael Flatley’s vehicle. The boyish Flatley of “Riverdance” has become a rock star in “Lord of the Dance.” His locks clipped short, his oiled chest often visible, the smile replaced by a sneer apparently designed to denote “intensity,” Flatley’s Lord looks less like a world champion tapper (or a figure from Irish mythology, for that matter) and more like a distillation of MTV machismo.

While the rest of the troupe stays for the most part within the bounds of traditional dance, Flatley’s dancing in “Lord” is too often limited to brief bursts of self-conscious vituoso excess–a stage version of Michael Jackson’s heavily edited capering.

How appropriate that when Flatley and company took the stage at the 1997 Academy Awards, it was just before Nicole Kidman presented the Oscar for best editing; “Lord” derives much of its power from movie magic.

While “Riverdance”–featuring a diverse cast but no sharp ideological message–fits firmly into PBS’s safe cultural offerings of the last few years, “Lord of the Dance” gives us a glimpse of what’s to come as the defunding of public broadcasting continues, forcing the network to rely more heavily on corporate dollars and viewer contributions: productions that, devoid of any political content, rely more on bombast, stagecraft, and gimmicks than on artistry.

A target of conservatives since the Reagan era, the Corporation for Public Broadcasting lost 12 percent of its federally funded budget in 1996, 18 percent this year. “Lord” seems designed to stop the budget-cutting trend. Gone are the non-white faces of “Riverdance.” Gone is any attempt to link folk dance and music to history, to the movement of populations, or to the oppression of peoples. And gone is any effort to resist surrendering television to Americans’ supposed short attention spans.

Designed to please audiences across a wide demographic swath, the show garners grudging approval from longtime patrons of the arts, since the force of the step-dancing idiom and the skill of the dancers manage to emerge, despite the slick packaging.

“Lord of the Dance” is bound to impress curmudgeons of the right in Congress, who have the power to determine PBS’s future: it is multiculturalism with a friendly (that is to say white, English-speaking) face.

Integral to the hype surrounding the show, “The Making of ‘Lord of the Dance'”–a chronicle of how Flatley’s dance epic came to be–accompanies the program on many PBS stations. “Making” seems calculated to persuade any non-believers that “Lord of the Dance” belongs on the new mainstream (that is, rightward-moving) PBS. Flatley is careful to display his ethnic pedigree–his parents are Irish–and thus prove his artistic authenticity. But xenophobes needn’t worry. Flatley was born in Chicago; he’s One of Us.

Anticipating and pre-empting any ascription of effeminacy to his art, Flately credits his work ethic and his dancing speed to his boxing prowess–the sport his father insisted that Flatley learn when he discovered his son was regularly beaten up after school. (Flatley goes so far as to incorporate shadowboxing into “Lord,” looking at times uncomfortably like a mid-’70s kung-fu Elvis.)

Following Flatley’s lead, local pledge drivers have echoed the profile presented in “The Making of ‘Lord of the Dance,'” giving the art-as-sport justification particular emphasis. “You know,” bleary-eyed emcees blather, “this step dancing is really hard; you have to be very athletic. Did you know Michael Flatley holds the world record for fastest tap dancing? Twenty-eight taps in a second!” No American is too shallow or insensitive to appreciate an appeal to the national obsession with “mostness.”

Certainly this approach would work with shows featuring the other arts–say, “The Three Sopranos.” If you can’t get viewers to tune in on the merits of opera, try the sports angle. “You know, those opera divas have to be very athletic. Over the course of a single aria they can move as much air as a freestyler heading into the last 25 meters!”

Given the success of “Lord of the Dance,” it’s easy to foresee even greater denigrations of the arts through ever-more flagrant exploitations. Flatley claims to have “a genius IQ”; this characteristic has yet to be properly marketed. Certainly “The Step Dancers of Mensa,” or “Smartydance,” would find an eager audience on PBS. Even if this idea doesn’t catch on, it will undoubtedly be a long time before the jig is up for the likes of Michael Flatley.