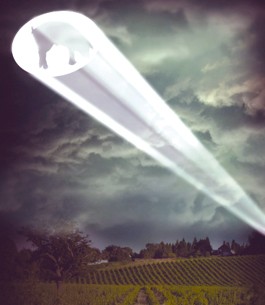 Brady Lowe is an Atlanta-based meat-party impresario who first invaded St. Helena with an event called Primal, which resembled Lord of the Rings more than it did a nose-to-tail dining experience. Carcasses were crucified to crossed branches, open fires odorously charred the hair from ex-lambs, and decapitated goat heads lay strewn about, tongues hanging out. It was, in a word, grotesque. Of course, many media outlets, including this one, covered it.

Naturally, Estes and Stewart will be there, but keep an eye out for the out-of-place-looking vegetable maestro Jeremy Fox (formerly of Napa’s Ubuntu, now with Whole Vegetable), butcher supreme Tia Harrison (Avedano’s and Butcher’s Guild cofounder) and former Fish Story chef Stephen Barber (Farmstead, Napa), among dozens of others. The applewood gets fired and the rotisseries spinning on Saturday, Aug. 13, at Charles Krug Winery. 2800 Main St., St. Helena. $100. 4pm. 707.967.2200.