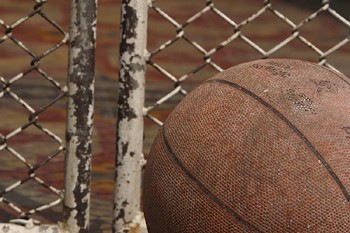 Playing for Keeps: Santa Rosa Recreation and Parks will receive an annual $1.6 million in gang-prevention funds that can be used to perhaps give youth something other to do than kill each other.

Sonoma County gang-related homicides, assaults and drive-by shootings reached an all-time high in 2004. But now government officials and youth advocates are hoping that Measure O, passed by voters last November, will stem the tide of gang violence before it gets completely out of control.

It’s estimated that there are 2,000 to 3,000 known members, belonging to at least 20 gangs, currently on the streets. The biggest gangs–and most troublesome–are the Hispanic Norteños and Sureños, but Sonoma County has Asian, white and black gangs as well. Most of the gangs are in Santa Rosa, but they are showing up in other areas, too.

How much crime and violence can be directly attributed to the gangs is somewhat unclear. The Santa Rosa Police Department has begun collecting data on crimes committed by gang members, but since this information is gathered by hand, it’s a slow process.

However, the data police do have show that local gang-related crimes have steadily increased every year. Between 1999 and 2001, for example, there were 120 gang-related assaults in Sonoma County, or one assault every nine days. In 2002 and 2003, there were 323 gang-related assaults, or one every other day. Gang members are now committing most of the homicides in Sonoma County. From 1993 to 1998, gangs were responsible for 40 percent of the murders, compared to 70 percent between 1999 and 2004.

Last year alone, there were six homicides, five of which were gang-related–and that doesn’t count the gang member who was stabbed in Santa Rosa and now lies brain-dead in a hospital bed, not expected to survive. In fact, the number of murders in 2004 almost equals the number of murders over the previous three years combined. From 2001 to 2003, Sonoma County saw seven homicides, only one of which was not gang-related.

Though local gangs are getting more dangerous, most of the violence is gang-on-gang. While still serious, it doesn’t pose a big threat to the average citizen, according to the SRPD. But something else does pose a threat: the cost.

“The greatest concern here is the fiscal impact of the gang problem,” says Colin Close, SRPD research and program coordinator. “When the police are constantly battling a small number of people doing a high amount of crime, it’s very expensive for the city and for its citizens.”

Measure O is a quarter-cent sales tax which, among other things, is designed to combat the gang problem. Since this bill passed, the city has started restructuring how it handles gangs. The new system, modeled after the city of San Jose’s, takes a three-pronged approach to the problem: enforcement, prevention and intervention.

Prior to Measure O, gang activity in Santa Rosa was primarily dealt with by the police department. Sonoma County previously created a gang task force made up of representatives from various law-enforcement agencies, including the district attorney and sheriff’s office, but many people weren’t aware there was a gang problem until 2002’s Cinco de Mayo celebration.

“Up until that year, the Cinco de Mayo celebration in Santa Rosa had always been peaceful,” says Close. “But in 2002, for whatever reason, the gangs decided to engage each other. It was very violent. Three people were shot, two people were stabbed and there were lots of assaults. It’s amazing nobody died.”

After that incident, gang violence accelerated to a new level that has yet to subside. As the violence expanded, support for more community involvement to address the problem has grown. A heavier police presence alone hasn’t slowed the escalation of gang violence, because many believe it doesn’t address the social, economic and educational issues surrounding gangs.

“The authorities don’t always do a good job,” says Sean Roney, a coordinator at Teen Court, a nonprofit that works with the juvenile justice system. “Some people are scared of the concept of gangs and will sacrifice anything to get rid of them, but it doesn’t work that way. They need to offer gang members things like positive after-school activities that teach them that being in a gang will mess up their lives.”

Santa Rosa’s Measure O is designed to supply some of the missing pieces in the city’s plan to combat gang violence. Its first step was to move the prevention and intervention aspects of the problem out of the hands of the police department, asking them to focus only on enforcement.

Currently, the SRPD’s Crime Suppression Team, headed by Sgt. Ben Harlin, is in charge of gang enforcement. The team works in conjunction with the Sonoma County Sheriff’s Multi-Agency Gang Enforcement Team, the Rohnert Park Police Department and the CHP. Prior to this, the police department merely responded to gang-related crimes, conducting investigations after the fact. The new method is more aggressive, intended to stop crimes before they happen. The half-dozen officers who make up the team patrol known gang neighborhoods in unmarked police cars.

“We check on people,” says Harlin. “We identify the gang members, try to keep current on where they’re living, arrest wanted gang members and make sure gang members on parole are complying with their conditions.”

In addition to this new emphasis, Measure O is providing the Santa Rosa Recreation and Parks Department with $1.4 million a year for the next 20 years to focus on the prevention and intervention side of the issue.

Approximately 65 percent of that money will go to expanding the current eight after-school centers and opening 17 new centers in various neighborhoods. It will also provide after-school activities for different age groups and start educational programs to teach children early on about gangs.

The remaining 35 percent of the money will go to a grant program for nonprofits and schools to provide kids services not provided by Recreation and Parks, such as career training.

Since the funds won’t be dispersed until April, Recreation and Parks is still deciding how exactly to spend the money, according to youth advocate Ellen Bailey. But she is optimistic about the future.

“Measure O has provided 20 years of stability with regular funding,” she says. “It will lead to fabulous changes in the community to address this problem. With prevention and intervention taking place, there should be a tremendous change.”

But though it’s a step in the right direction, with all its social and economic complexity, the gang problem may never completely go away.

“It’s very hard to get out of a gang,” says Roney. “The biggest step a gang member can make is the decision to want to get out of it. But there’s no universal fix along this nature–a universal patch just isn’t going to work.”