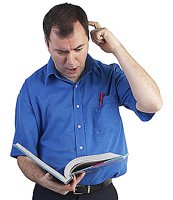 Challenging the electorate not to snooze through the June 6 measures

Contentious campaigns over locally generated ballot measures are nothing new in the North Bay. However, things are relatively quiet in Marin and Sonoma counties, where there are only three initiatives this June 6, two of them apparently unopposed. Most of the heat for the upcoming election is centered in Napa County, where voters will decide on a half-cent sales tax increase to improve local roadways; landowner compensation; and whether county supervisors should actually be required to read the laws they enact.

Napa County‘s future could be riding on Measure H, which would raise the sales tax a half-cent to fund a list of specific traffic projects, including general road repairs. A recent report says Napa County has some of the worst pavement quality in the Bay Area. If approved by two-thirds of the voters, Measure H will bring in an estimated $537 million over 30 years, with about two-thirds going for improvements to local streets and 28 percent funding highway renovations along the Jamieson Canyon Corridor.

Opponents say Caltrans should foot the bill for highway upgrades and the county should live within its budget, repairing potholes as standard expenses. In particular, they’re concerned that Measure H will give Napa County a sales-tax rate of 8.25 percent, the highest in the Bay Area. They say that puts an unfair burden on low- or fixed-income residents.

Supporters counter that the cash raised by Measure H will allow much-needed road repairs, which the county could not otherwise afford, as well as give Napa a better chance at qualifying for state and federal transportation monies because it will have “matching funds.”

The rubber meets the road on June 6, when it will be seen whether Napa County residents are willing to pay a bit more at the cash register in order to smooth out local traffic.

Two other items on the Napa County ballot, measures A and Z, blossomed from a stream setback ordinance in 2003. Measure A will make the county financially responsible if changes in land-use rules lower property values.

The county’s position is that restricting usage near streambed habitat, or imposing similar regulations, does not “take” the land and therefore doesn’t require compensation, and that doing so would be prohibitively costly. Measure A supporters disagree. “If a citizen damages someone’s property, he is liable for the damage. Why shouldn’t government be held to the same standard? Why should property owners have to bear the cost?” argue the Napa Valley Land Stewards Alliance (NVLSA), the leading proponent of measures A and Z.

A county consultant created a 45-page report on the potential adverse impacts of Measure A; the NVLSA posted a lengthy rebuttal, arguing that the county’s own study demonstrates that landowners in the Milliken-Sarco-Tulocay basin took a $26 million to $52.1 million hit to potential property values when the county groundwater ordinance was enacted. The NVLSA says landowners shouldn’t have to shoulder an unfair portion of the burden of public decisions.

Local politicians counter that Measure A will cost millions and will help developers while harming average taxpayers. Even the Sierra Club has gone on record against this initiative.

In a related move, the NVLSA is pushing Measure Z, which will require each supervisor to certify in writing that he or she understands an ordinance, regulation or resolution if voting in favor of it; curiously, there’s no affidavit of comprehension required for a “no” vote.

“When the Board of Supervisors passed the stream setback ordinance in 2003 (subsequently overturned by voters as Measure P), they did so apparently without reading it,” argues the NVLSA. “They apparently relied on staff analysis and staff recommendations instead of reading it for themselves.”

A former mayor and several former supervisors wrote the voter’s pamphlet argument against Measure Z, calling it “ridiculous, unenforceable, expensive and unfair,” and saying the proper way to deal with supervisors who don’t do their homework is to vote them out of office.

There’s a lot less uproar in Marin County, where Measure A will authorize a $79.92 million bond sale to complete an unfinished “to do” list in Tamalpais Union High School District, and Measure B will OK $15 million worth of bonds for remodeling Ross School, which was built in the 1940s. No argument against Measure B was included in the voter’s pamphlet. Those opposing Measure A say school officials broke their promise to repair the district’s aging buildings with a $121 million bond measure that voters approved in 2001. Unfortunately, rising construction costs and unforeseen conditions in the district’s 50- to 100-year-old buildings means the 2001 money didn’t stretch as far as expected. Officials are asking for another $79.92 million to complete a specific list of projects.

There’s even less fuss in Sonoma County, where the only local initiative is Measure D, which would double the parcel tax supporting Cloverdale’s ambulance service, from $18 to $36. No one submitted a voters’ pamphlet argument against this increase.