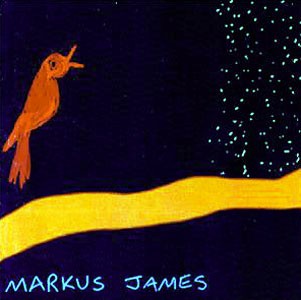 Moved By Mali: Markus James brings world blues to the fore on ‘Nightbird.’

In the summer of 2000, two Western musicians traveled to Mali, bore the searing West African heat, submerged themselves in the country’s thriving music community, and left for home with a bundle of recordings in tow. One was Damon Albarn, Blur frontman and golden boy of Britpop, whose next musical undertaking would see him rendered as a blue-haired cartoon in the animated hip-hop creation Gorillaz; the other was lesser-known Northern Californian singer- songwriter Markus James, whose lifelong exploration of West African music led him to coproduce several installments of Public Radio International’s Afropop Worldwide.

Now, two years later, James and Albarn have both released albums documenting their Mali experiences, and while the results are very different, both stand as fine proof of what Western musicians are inspired to create when they displace themselves from their traditional settings.

Albarn’s week-long excursion to Mali was part of the international humanitarian group Oxfam’s On the Line project, which connects the lives of people living in countries on the Greenwich meridian line. With a DAT recorder and modest melodica in tow, Albarn recorded over 40 hours with countless Malian musicians. After returning to England, he recruited respected Malian singer Afel Bocoum to record additional vocals. Albarn then fed the bits and pieces he had floating about into his computer, mixed them up, inserted electronic bleeps here and there, and out came Mali Music (Honest Jon’s Records).

Blur have always been the most versatile of the Britpop bands, convincingly hopscotching between punk, shoegaze, and Tin Pan Alley sounds, so it can’t be too shocking to see Albarn adding Mali to his repertoire. Mali Music isn’t Mali’s Mali but Damon Albarn’s Mali. Luckily, it’s a fascinating place to be. The songs are, for the most part, a thick but slick groove-heavy mélange, with echoes of Gorillaz-style funky darkness and Albarn’s scattered vocals, which seem to climb out of some weird sunstroke-induced daze. Albarn’s simple melodica patterns cross all over Mali Music, producing a playful trance that blends with the West African instruments well.

Like a chef embracing fusion cuisine, Albarn wields exotic spices to flavor a predominantly Western main dish. It’s a vivid collage, a collection of glossy souvenir postcards that Albarn gathered and mounted for us. A few of the best tracks, like the appealingly honest and unassuming “Nabintou Diakite,” are straight-up live recordings, while the opener, “Spoons,” has a dusty, epic swell that shows how Mali Music houses both grand facades and humble, largely untouched audio snapshots.

For all of Mali Music‘s cinematic lavishness, North Bay blues musician Markus James’ Nightbird (Firenze Records) is equally effective in its sparseness. Unlike Albarn, James went to Mali to record an album, not just stuff, and the result is much more involved and unified. James eschews Albarn’s breezy day-tripping through the country’s musical culture and heritage; here, the Malian instruments are subtle, melding with James’ softly growling voice and no-frills instrumentation.

On Nightbird, James delivers what he calls “world blues,” and his mournful vocals, bare-bones guitar, and straightforward, unaffected lyrical narrative do evoke the otherworldly spookiness of Delta Blues. The “world” part of the equation comes into play with James’ gang of Malian performers (including Mamadou Sidibe, whom James was recently touring with), who add an even deeper level. The Malian element here is not just interesting surface decoration but integral and vital. Elegant and raw all at once, Nightbird is amazingly evocative, as sweltering and haunting as an expanse of sand dunes baking under the desert sun. (This is James’ second album recorded in Mali, and not his last; he returned there in 2001 and has another album due out next year).

Either of these albums will expose listeners to Mali’s rich musical world, which is a great thing. But Albarn’s whirlwind musical tour and James’ slow, lyrical creep are each strong enough albums to stand on their own merits. Call Mali Music digitized afropop, call Nightbird world blues, call them whatever. I’ll call them good and well worth a listen for those who are happy to strike out into territory that strays from the path.