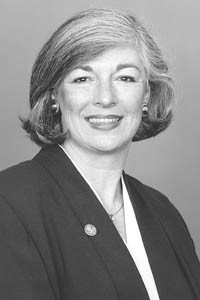 Gena VanCamp has already voted in the March 5 election. Twice. “They sent me [an absentee ballot], and I filled it out and sent it off,” says VanCamp. “Then I received another ballot. When I called the registrar’s office, they said to complete that one and mail it in too, as that’s the one that will be valid.”

VanCamp received two ballots because she registered twice, first as a Democrat and then as a nonpartisan (Independent). She thought that as a nonpartisan she’d be able to cast her vote for a Green candidate for one office, a Democrat for another, etc.

Wrong. Last year, the courts overturned the state’s open primary system. Now citizens are locked into either voting for one party’s slate of candidates or voting only for candidates for nonpartisan offices, such as county supervisor and district attorney.

The switch from open to closed primary isn’t the only thing that’s unsettling about the March 5 primary election.

There’s the interesting discovery that about a third of the absentee ballots mailed out to Sonoma County voters contain defective return envelopes that could open before delivery and dump their contents. What’s more bizarre is that election officials knew about the defect back in January but did not replace the envelopes or warn voters.

The campaign statement of current district attorney Mike Mullins bragging about his successful handling of domestic violence also elicits a “huh?” from some observers. Tanya Brannan of the Purple Berets, a Sonoma County activist group, offers a terse rebuttal. “Our criticism of Mike Mullin’s handling of violence against women is no secret,” Brannan says. “We’re particularly concerned that he condoned the misconduct of Deputy DA Brooke Halsey in the Louis Pelfini case.”

Democrats in the first assembly district are confused about the best choice to replace Virginia Strom-Martin, whose term is up. Most are spurning Cloverdale mayor Bob Jehn, a former Republican who did not vote against a single development project that came before him in 1999-2000, according to Sonoma County Conservation Action. Candidate Jim Mastin is seen as a nice guy with little experience. Senator Wes Chesbro supports Patty Berg, but she approves of clear-cutting in some cases.

That leaves Ed Robey, who has been endorsed by the Sierra Club, the League of Conservation Voters, and the California Nurses Association.

Amidst the confusion, some things are clear.

Santa Rosa mayor Mike Martini’s bid for the mostly progressive Lynn Woolsey’s seat in Congress, along with his vote against a task force to study a living wage for Santa Rosa city employees, has aroused convictions that he’s still a Republican.

In Sonoma County’s second supervisorial district, progressives are leaning away from Mike Kerns and toward Ray Peterson, who has served on the Sonoma County Board of Education for eight years. Peterson advocates getting all gravel mining out of the river and scheduling evening board meetings to allow more public input.

Fred Euphrat is the progressive choice for supervisor in the fourth district, currently represented by Paul Kelley. Euphrat’s priorities are health, housing, urban growth boundaries, and, as he puts it, “not spending our open space money on a disaggregated dog’s breakfast of projects.”