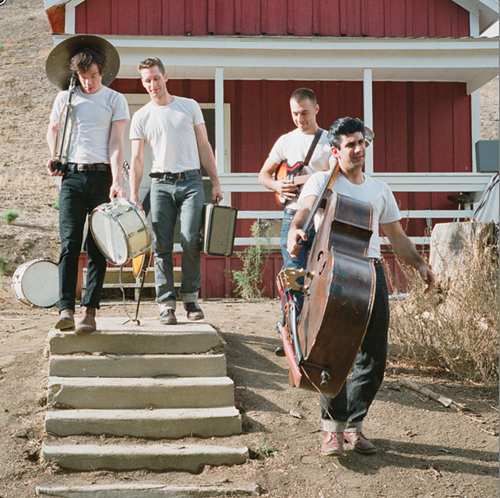 March 26 and 28: The Americans at Sweetwater Music Hall and Bergamot Alley

A young band with an old soul, the Americans are four friends born and bred under the Southern California sun and rooted in the white T-shirts and pomade-styled hair of classic Americana folk music. The band’s latest release, Home Recordings, captures the rambling essence of old-fashioned rock-and-roll. Familiar with the touring life in their four years together, the Americans appear in the North Bay twice this week, first sharing the stage with brother-sister songwriting duo Mandolin Orange at a free show March 26 at Sweetwater Music Hall (19 Corte Madera Ave., Mill Valley; 8pm; 415.388.3850), then on their own on March 28 at Bergamot Alley (328-A Healdsburg Ave., Healdsburg; 10pm; $12, 707.433.8720).