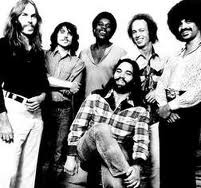 What’s it called when you put 30 years of California rock, funk, folk, jazz, country, rockabilly and New Orleans swamp-boogie music together? It’s Little Feat—and that has nothing to do with the Land Before Time dinosaur movies. A distinctively American rock band, the group was created after Frank Zappa fired Lowell George and told him to start his own band. Thanks, Frank! In the years since, Little Feat has jammed all over the country with artists like Bob Dylan, Willie Nelson, Bonnie Raitt, Robert Plant and John Lee Hooker, just to mention a few. Though George is no longer with us, Little Feat is still going strong. Catch them on Sunday, March 18, at the Uptown Theatre. 1350 Third St., Napa. 8pm. $35—$40. 707.259.0123.

Michael Shufro
Previous articleMarch 17: Peter Frampton at the Marin Center
Next articleJudi Bari, the FBI, and the Press Democrat: Reporter Mike Geniella on an Unsolved Case