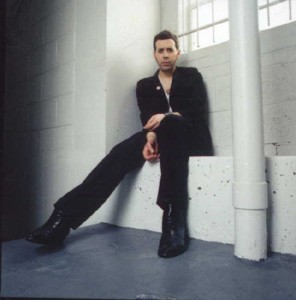 Meet Is Murder: Marc Spitz’s first novel remembers the awkward agonies of growing up when the Smiths were the center of the universe.

Author Marc Spitz is human and needs to be loved

We all know the feeling of a particular album “finding” us, making us feel less alone and reassuring us that we are not the only ones ever to have felt this way. Our teen years are almost defined by these signposts: this is the album I listened to after my first heartbreak; that is the album that taught me to be defiant. And for many of us, the feeling that music is at least near the center of our lives never entirely goes away. Music can still change the world–at least for the next 45 minutes.

Rarely has that sentiment been captured in more sincere, bitingly funny or vulnerable text than in How Soon Is Never (Three Rivers Press; $13), just released in paperback, the semiautobiographical first novel by Spin magazine senior writer Marc Spitz. It is the story of Joe Green, jaded rock critic about to turn 30, suffocated by his Peter Pan life of rock and roll excess and frighteningly unhappy.

Joe hits upon a crazy plan to bring meaning back to his loathsome life: using his big-shot journalistic clout, he’s going to reunite the band that was the center of his teenage life, the Smiths, and in the process save his own soul. Oh, and did I mention that there is an unattainable girl–Miki, a fellow employee at the fictional Headphones magazine–whom he’s roped into this pursuit?

About half of the book is devoted to the funny, painful, ecstatic and awkward romp through Joe’s young life growing up in the ’80s. Memories of current events and album releases are interspersed with a first kiss, spiked hair, discovering “art room” friends and laugh-out-loud moments, such as the one with Joe spending hours with a finger hovering over the record button to capture that special song from the radio. What Spitz does particularly well is show how all these things are earth-shatteringly, dead-center the most important things in his teenage world.

Once the progression of time brings us back to the present, the story picks up even more speed and Joe begins slowly transforming from the self-loathing, needing-a-good-kicking narrator of the introduction into the scarred but squishy heart of the story. As it becomes more and more obvious that his flailing pursuit of both Miki and the Smiths reunion is destined to fail, the rawness and immediacy of his real problem begin to creep in. Joe is finally realizing it’s time to leave the never-never land of prolonged adolescence and accept his impending adulthood–a second coming of age.

Sure, the writing doesn’t always succeed. Sure, children of the ’80s, particularly those who worshipped at the altar of the Smiths, are the most likely to really “get” this book. But there is more to How Soon Is Never than just nostalgia. Spitz’s novel is alternately sentimental, romantic, darkly hilarious and as honest as a too-revealing e-mail from a friend. And through this often exhausting depth of emotion, it succeeds in something else: it helps us to feel less alone, showing us that we’re not the only ones ever to have felt this way.