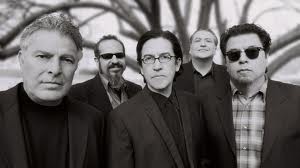 Los Lobos have been playing their rootsy blues-tinged rock and roll since the early ’70s. The Chicano rockers went back to where it all began and recorded their latest album, Tin Can Trust, at Manny’s Estudio in East Los Angeles. One of the songs on the new album, “Twenty Seven Spanishes,” tells the story of the Spanish conquest of Mexico in its entirety, the kind of thing a band can get away with when they’ve been around as long as these guys. Los Lobos rock en Espanol y Ingles on Saturday, March 24 at the Uptown Theater. 1350 Third St., Napa. 7pm. $37–$47. 707.259.0123.